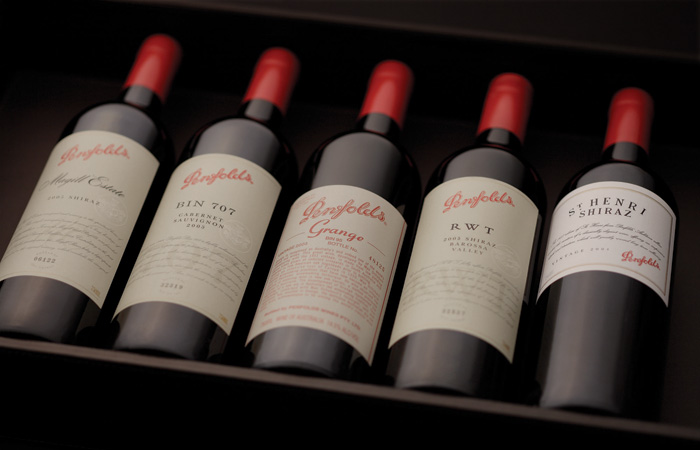 We were honored to be sent this video by Peter Gago, Penfolds Chief Winemaker, and we’re very much looking forward to the release of the new Bin Series this week and the Icon and Luxury range in May.

A number of Berrys’ staff were lucky enough to attend the launch tasting of the new Bin Series last Friday 1st March in the East Room on the top floor of the Tate Modern. The stunning view of the London skyline by night was the perfect backdrop, and the line-up of new Bin Series wines was an equally welcome sight. Francis Huicq, Berry Bros. & Rudd’s London Shop Manager shares his thoughts and highlights of the tasting below:

I found the tasting fascinating in the sense it was highlighting the contrast between both 2010 and 2011 in a very interesting way.

While I found the 2011 reds suffering a lack of clarity, definition and frame to support quite high acidities and wood ageing, the 2010 have more pedigree, depth of flavour and their tight knit structures are there to announce that these wines will age well.

The Riesling (Bin 51) was a lot of fun to taste packed with clean and mineral, floral notes suggesting honeysuckle, jasmin and also a touch of tropical fruit. On the palate this wine was full and ripe with plenty of lemon, a touch of spice and a rich, mouth-coating finish.

The Bin 150 Marananga Shiraz was very classic in the way it displayed a restrained character not often common with Barossa Shiraz wines. Crushed blackcurrant fruit lead to a herbal edge suggesting thyme or rosemary which was adding some freshness to its intense bouquet. Dry and robust on the palate and well-balanced, it had abundant and ripe tannins which will enable this wine to age well over the next 5-10 years.

The last of my favourite wines of the tasting was the impressive 2010 Bin 389 Cabernet/Shiraz blend, also known as ‘baby Grange’. This had an attractive and complete bouquet with complex notes of fine wine lees, dried fruits and a touch of cured grilled meat. Aromatic herbs and a touch balsamic were standing shy in the background. Polished and smooth at first sight, its texture was tighter from mid-palate. Quite restrained in style, the Cabernet giving the impression that it will age (for the time being) the Shiraz did the talking. Well balanced, this wine has an immediate approachability adding a lot to its attractive personality.