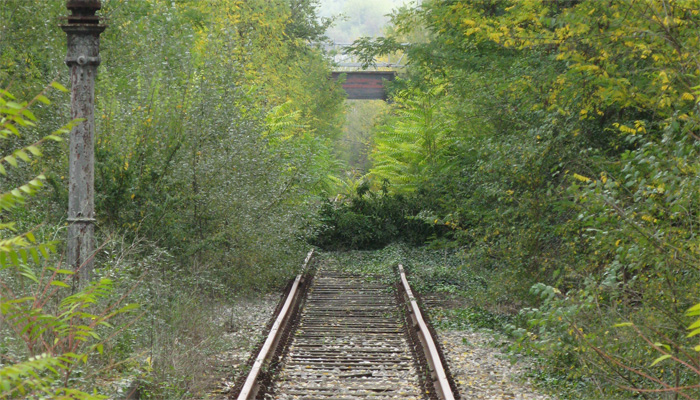 I’m so excited by the potential of the Aglianico grape, and its capacity to make great wines to complement the country’s, and world’s, finest; a potential that the South of Italy is finally beginning to grasp, with Luigi Tecce leading the way! Like Nebbiolo, Aglianico delivers its finest expression when sited at altitude, so benefitting from temperature oscillation, nutrient poor (calc) soils, ventilation, and good drainage that ensure a long hang-time and late harvest (into November in normal years). This, like Nebbiolo, brings spine-tingling complexity, rich sugars and a fabulously taut, fresh structure. Attempts to condition the grape and the Taurasi wine for the ‘market’ through shortcuts, as per here in the Langhe, are totally misguided in my view.

Inspired by this, and by Luigi Tecce’s wines, I ‘flew’ down to Campania last weekend to help mop up the final 20% of Luigi Tecce’s 2012 Taurasi harvest only to find the weather had other plans. You can imagine my dismay at being denied this (back-breaking) opportunity, so had to resign myself to the (welcome) back-stretching task of pumping down Luigi’s 2012 Aglianico as it fermented in his open chestnut vats, its deep purple juice glistening as it seeped through the cap/cappello…

Not that the harvest would have actually caused much discomfort; anzi/in fact, the last bunches of Luigi’s Aglianico (for Taurasi) come from his 80-year-old, raggiera (avellinese) trellised, tree-like vines that stand like a mob of scarecrows in a field 550 metres above sea level. It’s these ancient monuments that make the difference to Tecce’s Taurasi; that and his non-analitical intuitive approach to winemaking. He’s dismayed at the way his neighbours continue to rip out the old vines, vines that convey the region’s rich patrimony, that define these incredibile wines (if permitted), replacing them with spalliera/rows of clone varieties selected for the international market. Tecce has both types of trellising so he speaks from experience.

While I was there I met the rest of the Tecce family, including his neighbour and cousins, who all together used to make up the 40 or so hectares of the Tecce estate on communes of Paternopoli, Castelfranci and Montemarano before the vineyards were split up; Luigi Tecce’s family retaining 5 hectares. Luigi succeeded his father Salvatore in 1997, cutting short a budding political career in Napoli.

We also visited the remains of the railway track, the ‘treno del vino’ with its three lines, built to transport the region’s wines up until after WW2 from Taurasi via Avellino to Alba and beyond. In fact, Luigi told me, the village of Taurasi only became famous on account of its railway station being a source of fine wine, rather for the intrinsic quality of the village’s produce!

From Taurasi I travelled on down, by car, to Basilicata and to Monte Vulture, the volcano that has spawned that other expression of Aglianico. There I caught up with cantine Carbone and Musto Carmelitano…but that’s for next time!

One Response to “Harvest news of Aglianico, the black pearl of S.Italy, at Taurasi cantina Luigi Tecce…”