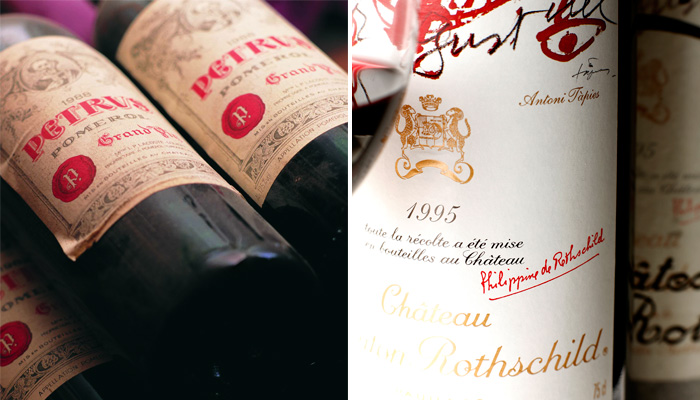 Recent news headlines regarding wine fraud have brought to the forefront the importance of provenance. The high profile arrest of Rudy Kurniawan earlier this year, exposed one of the greatest cases of fine wine fraud. The commitment from Laurent Ponsot of Domaine Ponsot to protect the name of his estate and expose the fraudulent dealing of Rudy Kurniawan should be applauded.

It started in 2008, when Laurent Ponsot requested the withdrawal of a number of rare bottles from his domaine at an Acker Merrall & Condit auction in New York. The auction lots included a rare collection of Ponsot’s Clos St Denis from 1945-1971, but the domaine didn’t make the wine until 1982. It also included a domaine bottled Clos de la Roche from 1929, but domaine bottling did not start at Ponsot until 1934. Similarly, the American collector Bill Koch is involved in a number of legal cases against auction houses, most famously regarding the Thomas Jefferson collection offered by Rodenstock.

Personally I don’t like scaremongering and it is true that articles about forgeries and corruption sell more papers, but it is an issue that has become key to the fine wine industry and it is rightly being discussed. Some merchants may shy away from the topic of forgeries and prefer to bury their heads in the sand, but this will not resolve the issue.

Wine fraud is not a new phenomenon in the wine trade, but the size of it is. The increasing number of fakes comes as no surprise with increasing demand for trophy wines of rare vintages and increasing high prices. Forgeries are a problem faced by all industries involved with luxury goods and 64% of luxury good forgeries in Europe come from China. It is thought that 5% of fine wine bought on the secondary market is fake and Chinese consumers are reputed to have a one-in-two chance of buying a fake bottle of Ch. Lafite Rothschild.

Wine fraud comes in a number of different disguises. The two most common forms are the re-cycling of old bottles and relabeling. Attaching a label of a more expensive wine to a less expensive bottles or a more expensive vintage label to a less expensive vintage bottles is obvious. For example a Musigny label being attached to a Bourgogne rouge by the same producer or a 2000 Ch. Lafite-Rothschild label being attached to an 2002 bottle. The wine would still reflect the same blend of grapes and even share the style of the wine maker, but would not offer the same breath-taking moment of pleasure. The re-cycling of used bottles (not difficult to find with internet sites such as ebay) is used for rare old vintages as they share the label, glass and bottle shape of the original wine, making it difficult to distinguish between the fake and true wine.

Producers are increasingly aware of the issue and a large number of countermeasures are being put into place. Ch. d’Yquem has included watermarks on its label since 1984 and engraved its bottles since the mid 1990s. Other techniques employed by wineries include proof tags, invisible markers, radio frequency identification (Ch. Margaux), Argonne caps and DNA encoded labels. The increasing efforts from both the scientific and commercial communities are vital; however, the main problem is that these techniques do not offer protection for rarer old vintages. Produced in a different era when no-one considered the threat of forgeries, these are among the most sought after bottles in the market today. It is obvious, but wine is all about the liquid in the bottle and this is the difficulty. The ultimate test of differentiating between a fake and a real bottle is by opening a bottle and tasting the wine.

The problem of wine fraud highlights the importance of knowing the source of one’s purchases and the relationship a buyer has with their merchants. Top merchants will forego a sale if they are uncertain about the source of the wines that they are buying and offering to their clients as they seek reputation over sales. The trade has increased their standard of due diligence and we have certainly sent bottles back to producers for verification purposes. In addition, we are able to track the source of each case that is stored in our warehouse. The cost involved with due diligence may mean that in time across the wine trade there will be a two tier pricing structure for wines of proven provenance and those that may offer more risk. Decanter already reported that at a recent auction at Sotheby’s Hong Kong, the lots that had a provenance guarantee saw a 38% increase in prices compared to identical bottles without a guarantee of history. Buying from established merchants has always been important as fakes are not the only problems facing the wine industry. Perfect storage too can make or break a wine. You may have a true bottle of 1959 Petrus, but if it has been stored in a hot garage the truth is that drinking it is unlikely to be a positive experience.