In July I spent an illuminating week in Piedmont, with Berrys’ Italian buyer David Berry Green and a team of colleagues. The purpose of the visit was to increase our understanding of the Nebbiolo grape, arguably the king of Italian varietals (although we spent a good amount of time increasing our understanding of local Piemontese dishes too – never have I eaten so much veal tartare!).

White wines from Cortese and Arneis and reds from Barbera and Dolcetto help to make up the rich viticultural tapestry of North West Italy. Our focus for the week was upon Nebbiolo though, THE grape of Barolo and Barbaresco, so we stuck to Nebbiolo during the day and only ventured further afield over supper. We absorbed ourselves mainly in the recent vintages of 2008, 2009 and 2010 so as to build up a thorough understanding of the grape.

We were based right in the middle of Barolo, which conveniently situated us within easy striking distance of all the producers we were to visit. The days were spent visiting wineries and vineyards, so as to learn as much as we could about each producer, from how they work their vines to what they do in the winery and the evenings in local restaurants sampling local dishes.

From those early on in their career, such as Manuel Marinacci, to those more established producers, such as Giuseppe Mascarello, whose family business dates back to 1881, there was a strong sense across the region of respect for tradition with a forward thinking attitude that embraces new technology and ideas where appropriate.

For me, Luca Roagna and his wines stood out. His viticultural approach is very natural, with old vines to work with and an ethos of ‘wild viticulture’. His theory is that if the grass is allowed to grow between the vines, that will increase competition for nutrients and stressed vines tend to perform better. Grass also does another job by helping to combat erosion from rainfall as well as absorbing any excess rainfall prior to harvest, saving the vines from risk of saturation. All of this seems sensible, logical and practical- much like the man himself. His wines showed a wonderful purity and freshness and recalled to me the 2005 Barbaresco Pajé of his that guests and I had enjoyed at the Wine Club dinner earlier in July. 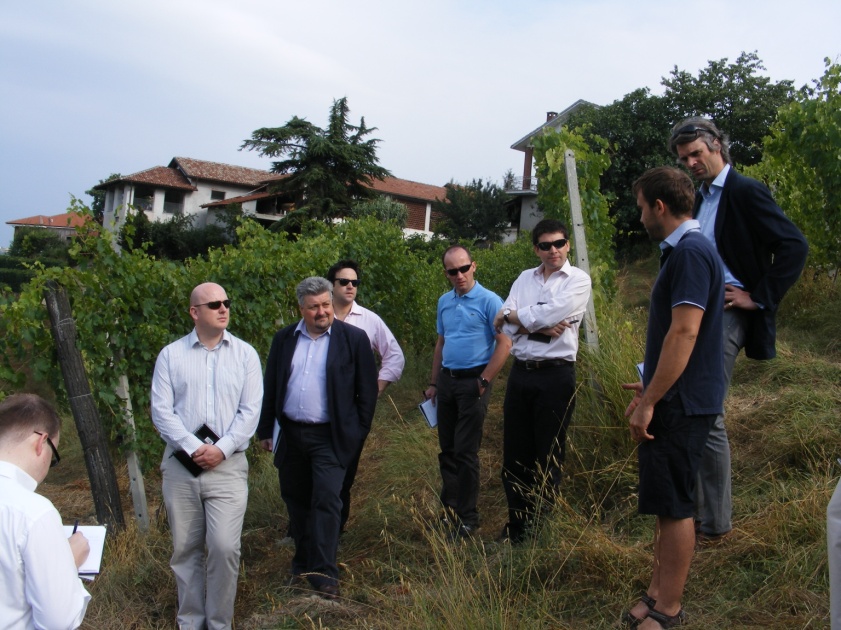 Luca Roagna – in the amphitheatre of Pajé

In Barolo, Fratelli Alessandria was a really interesting visit. A family run winery that produce 95% red wine, the standout wine for me was the 2009 Barolo Gramolere. There was a lovely emphasis on the plummy, blue, loganberry-type fruit and a touch of balsamic richness backed by beautifully fine velvety tannins that make this a delight to drink now although it clearly has a long future ahead of it.  We’re delighted that our very first Berrys’ Own Selection Barolo comes from Fratelli Alessandria; it will be unveiled at our Italian tasting this week. 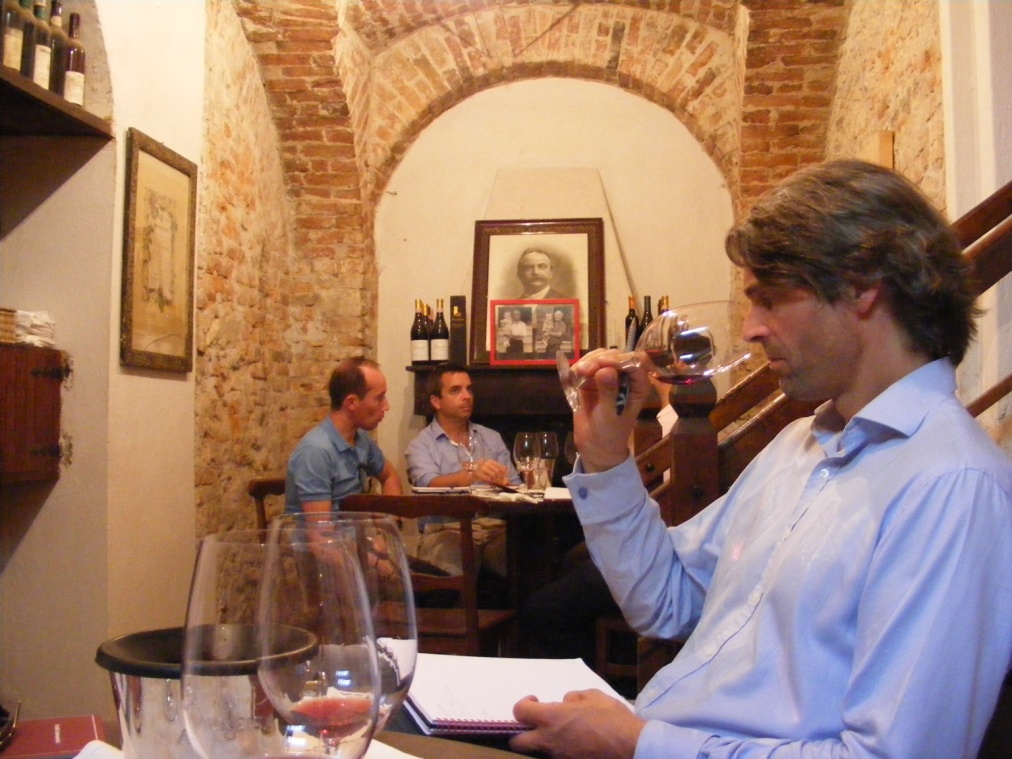 All in all, we had a great week tasting across the region and across vintages. Sampling the wines in the region they were created, with the winemakers who created them and with dishes that complement them perfectly is a pretty good way to spend a week of anyone’s life! I look forward to many of the wines appearing in upcoming Wine Club cases so members can further experience the brilliant and diverse wines this region has to offer.