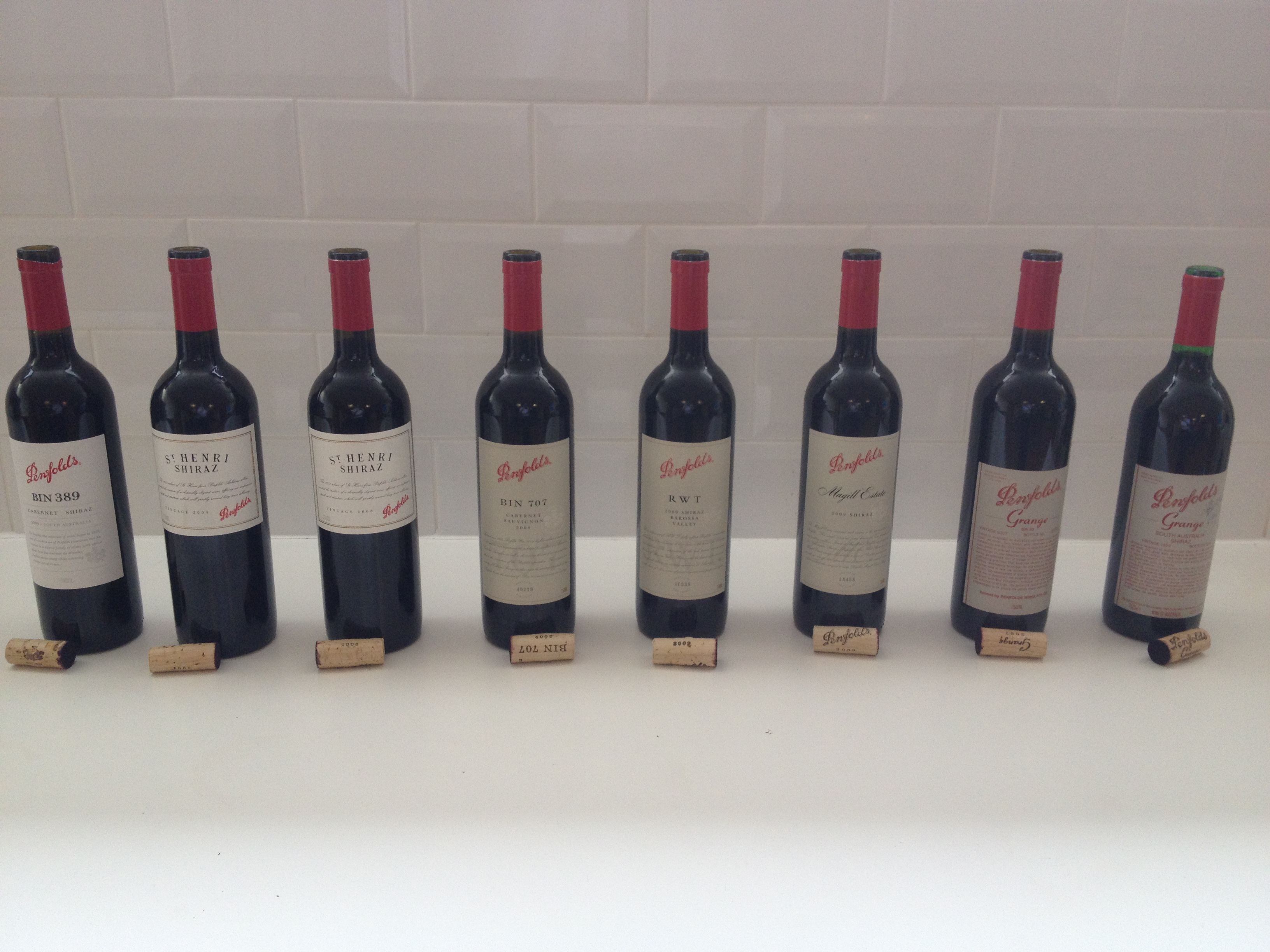 On Tuesday 26 June, Jamie Sach, global ambassador for Penfolds, swapped the warmth of southern Australia for a windy grey day in Basingstoke to showcase the latest release of Penfolds. Penfolds hardly needs any introduction: founded in 1855 by Dr Christopher Rawson Penfolds, Penfolds has only seen three chief winemakers during  its entire 157 year history. Initially focussed on producing fortified wine (as was fashionable at the time), the current tradition of producing top quality dry reds started when chief wine maker Max Schubert returned from a visit to Bordeaux. 1951 was the birth year of Grange. A symbol  representing a move away from fortified wines towards dry reds, Grange was also the beginning of a line of exceptional wines so iconic that they were given the status of National Heritage Listed Wine by the national trust of South Australia. From the very first vintage that Max produced, his vision was to make wines that rival the best of France in terms of quality and longevity. This has been a story of success, as confirmed by current tastings of the 1951s and 1952s.

The Penfolds portfolio has broadened enormously over the past six decades, including an increasing number of grape varieties and blends. For many of its flagship wines, Penfolds uses fruit from various different parts of Southern Australia, sharing a tradition with the famous traditional wines of Chateauneuf du Pape and Rioja. Both of these old world regions have long used multi vineyard blending to each year source the very best fruit for their Grand Vin. Rather than an expression of a particular vineyard, it means the winemaker each year produces the very best expression of the vintage according to his desired house style. Yet, a few single vineyard wines have crept into the  ‘icon and luxury’ range, as well as a few Special Bin Wines produced only in exceptional vintages. Examples of these include Block 42 Cabernet from 124-year old pre-phylloxera Cabernet vines at the edge of the Kalimna vineyards in the Barossa Valley and produced only a handful of times.

Our tasting started with a number of whites. The first flight was a pair of Rieslings. Autumn Riesling will be stocked for the first time by Berrys at the request of my colleagues Hamish and Fergus. An entry level Riesling, this provides drinking quality at a very attractive price. Refreshing with notes of fresh lime and a very low level of residual sugar (3gr/l) this is a good entry level new world Riesling. Afterwards we tasted Bin 51 Eden Valley Riesling. More complex, with an attractive nose, this will be delicious in two or three years, but could benefit from substantial ageing.  Both wines were marked by steely acidity given surprising freshness and reflect the cooler climate of altitude. Next two chardonnays; Reserve Bin 10A and Yattarna. I always consider the Reserve Bin 10A a practise run for Yattarna. I can sometimes struggle with Penfolds whites, but the 2009s were very good indeed and the 2009 Yattarna is the best Yattarna I have tasted so far. A multi-district blend, it contains a high percentage of fruit from Tasmania, a region Jamie is very excited about for producing premium white wines. 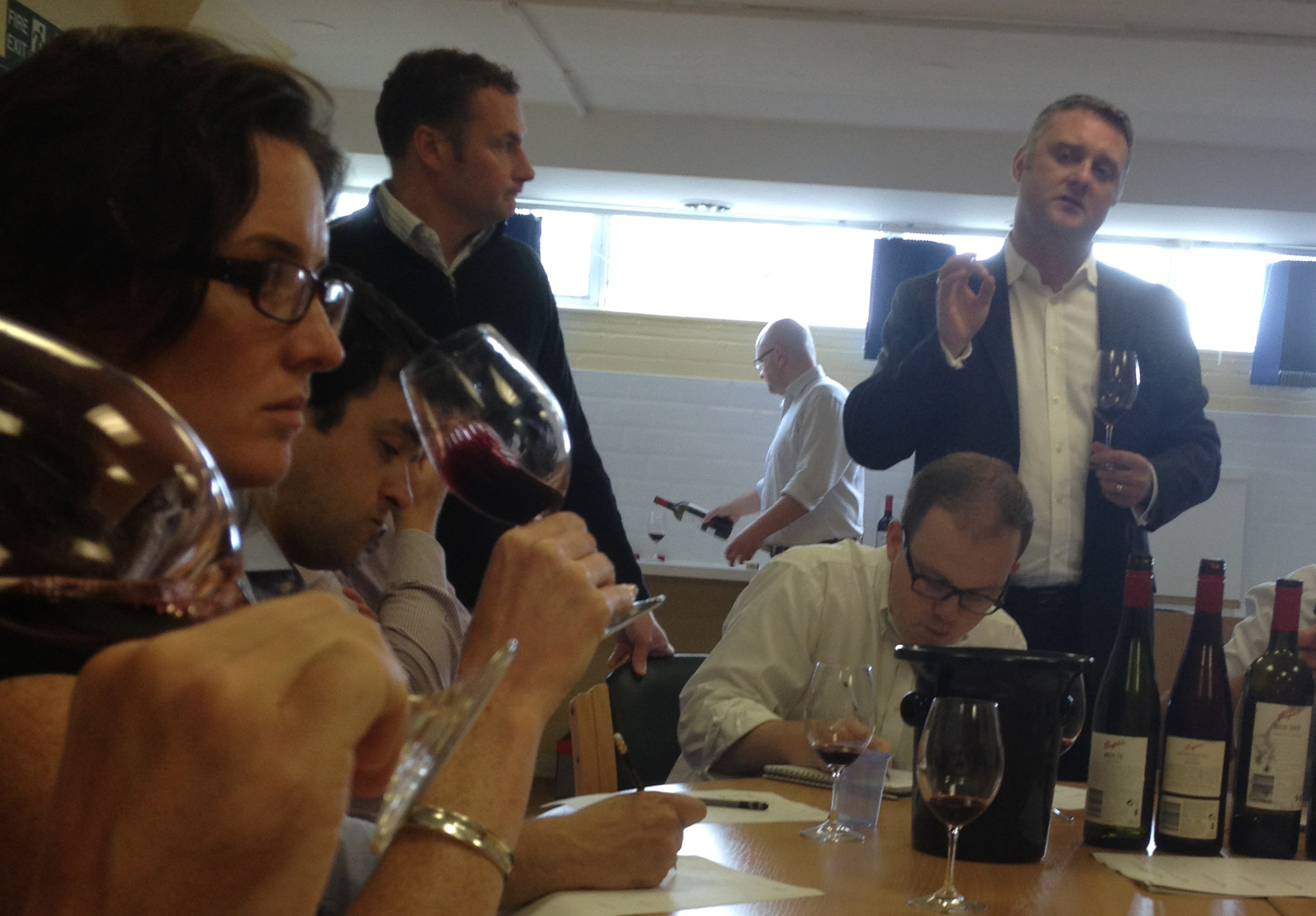 The red wines of Penfolds have always impressed me for their purity of fruit and density of concentration. Add to this the quality of the 2009 vintage and you create a magical formula. With only two major ingredients (Shiraz and Cabernet Sauvignon) the noticeable variety of styles in the range of reds that we tasted was fascinating and truly justifies the existence of each of these wines.

2009 Bin 389 Cabernet Shiraz is a typically Australian blend of 51% Cabernet Sauvignon and 49% Shiraz. Produced since 1960, this is a multi-regional blend with fruit selected to make a house style. Often referred to as the ‘baby Grange’ as it is traditionally used with fruit that doesn’t quite make it into Grange. This ‘second label’ is now a serious wine in its own right, with enormous density, deep dark fruit and finely structures tannins. Approachable in a few years’ time, this will be at its best with 10 years of cellaring.

Next up we tasted two vintages of St Henri Shiraz (2008 and 2004). After a few experimental vintages, the 1957 was the first commercial vintage of this wine. Always released at four years (a year before Grange) and with a similar blend to Grange (mainly shiraz with a small dollop of Cabernet) its main point of contrast is its maturation. Grange is matured in 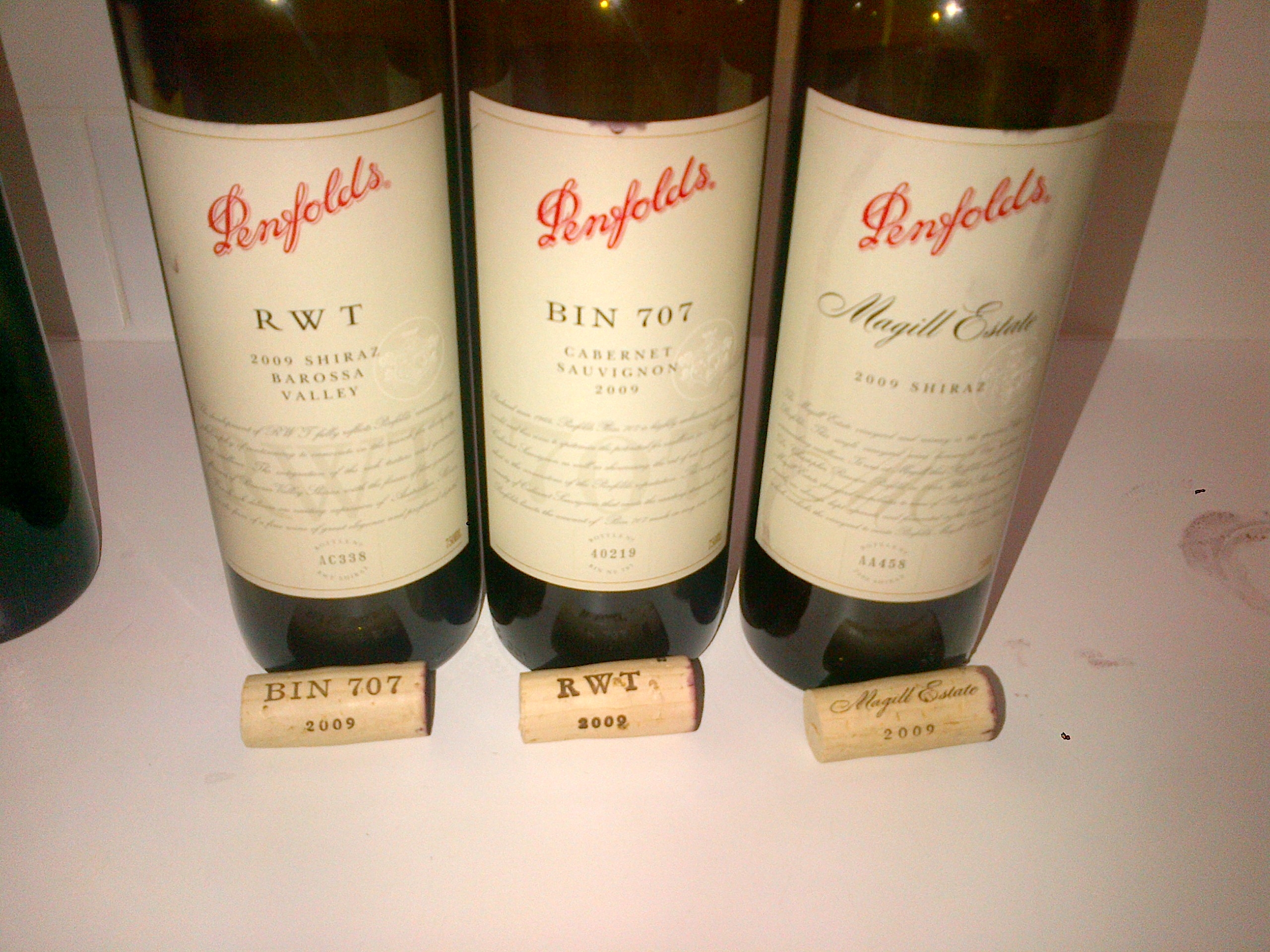 100% new American oak and St Henri in large old vats. To me St Henri is the epitome of elegance. The 2008 shows the cooler delicate Shiraz fruit, floral notes and very silky tannins.  The 2004 showed unexpected maturity on the nose, but the palate was surprisingly young. Beautiful pure clean fruit with a touch of menthol and black bramble fruit and very fine tannins. Though approachable now, both wines will happily age for two decades.

2009 Magill Estate Shiraz is the most famous single vineyard wine in the Penfolds portfolio. An ode to Penfolds history, this is the place where Dr Rawson settled in 1855 and some of its fruit is always added to Grange. As with the vineyard of Haut Brion, Magill Estate is one of the few vineyards in the world located within the boundaries of a city; its importance more valuable than expanding the city. Naturally the vines in this vineyard are very vigorous and Penfolds aims to reduce yields to increase quality and all are hand harvested. 2009 Magill Estate is a powerful wine with lots of glossy black fruit, liquorice and spice and a great potential to age.

If Magill Estate is a single vineyard wines, then RWT is a single region blend with a 100% Barossa fruit from the north and north west of the area. A very classic wine, with a dark poised palate and oodles of soft blue fruit. This used to see a 100% new French oak, but now sees around 60% which brings out the purity of the fruit. An impressive wine that is approachable young, but has all the potential to age. A small production of 1500-3000 cases a year.

Bin 707 Cabernet Sauvignon has received much attention in recent years and has quickly been dubbed the Cabernet version of Grange. First released in 1964, Bin 707 is a multi-regional blend with the core of the fruit still from 150 year old pre-phylloxera vines from the famous Block 42 parcel in the Kalimna vineyards. Rightly considered Penfolds’ flagship Cabernet, it is the Cabernet version of Grange in terms of quality and longevity. A very intense nose, the palate shows power yet poise and a real purity of fruit: concentrated mulberry and cassis. The 100% new American oak is perfectly integrated. Seriously refined this rivals the great wines of Bordeaux at a fraction of the price and will benefit from serious cellaring. 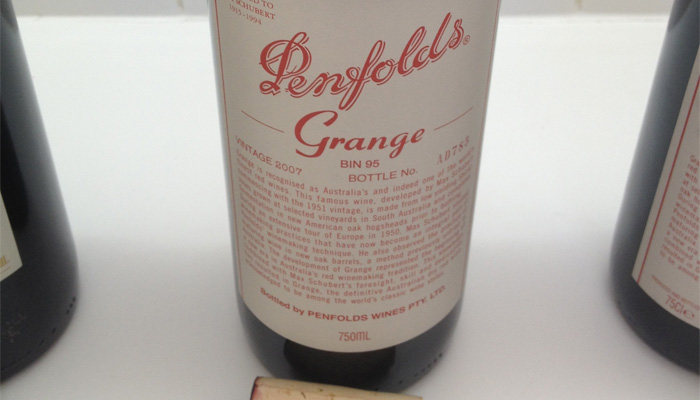 Finally the big one… 2007 Penfolds Grange. Despite the drought of 2007, this is a formidable Grange and shows the power of multi-vineyard blending. Most of the fruit is from Barossa  Valley and McLaren Vale with a small amount from Coonawarra. 2.5% of Magill Cabernet has been added to the blend. As expected serious depth of flavour, multi-layered and very serious indeed. Next to the 2007 we had the great fortune to taste a more mature example of Grange with Grange 1998… actually, hardly a mature example. The nose is still very youthful with spice, bramble, and complex notes of aniseed and spice. Perfectly integrated and opened at least five years too early.

The tasting reinforced that innovation and preservation of varietal flavours are at the heart of production at Penfolds. As with Chave in Hermitage or Latour in Pauillac, Penfolds aims to source the best possible fruit to make the best possible wine. Their dedication to quality in production continues also in the preservation of mature samples. Their own cellars still contain samples of all vintages to track the maturation and Penfolds offer an extra ordinary after sale service for their premium wines with their re-corking clinics around the world.