Alsace update, where they’re finally putting the ‘Cru’ back into Grand Cru… 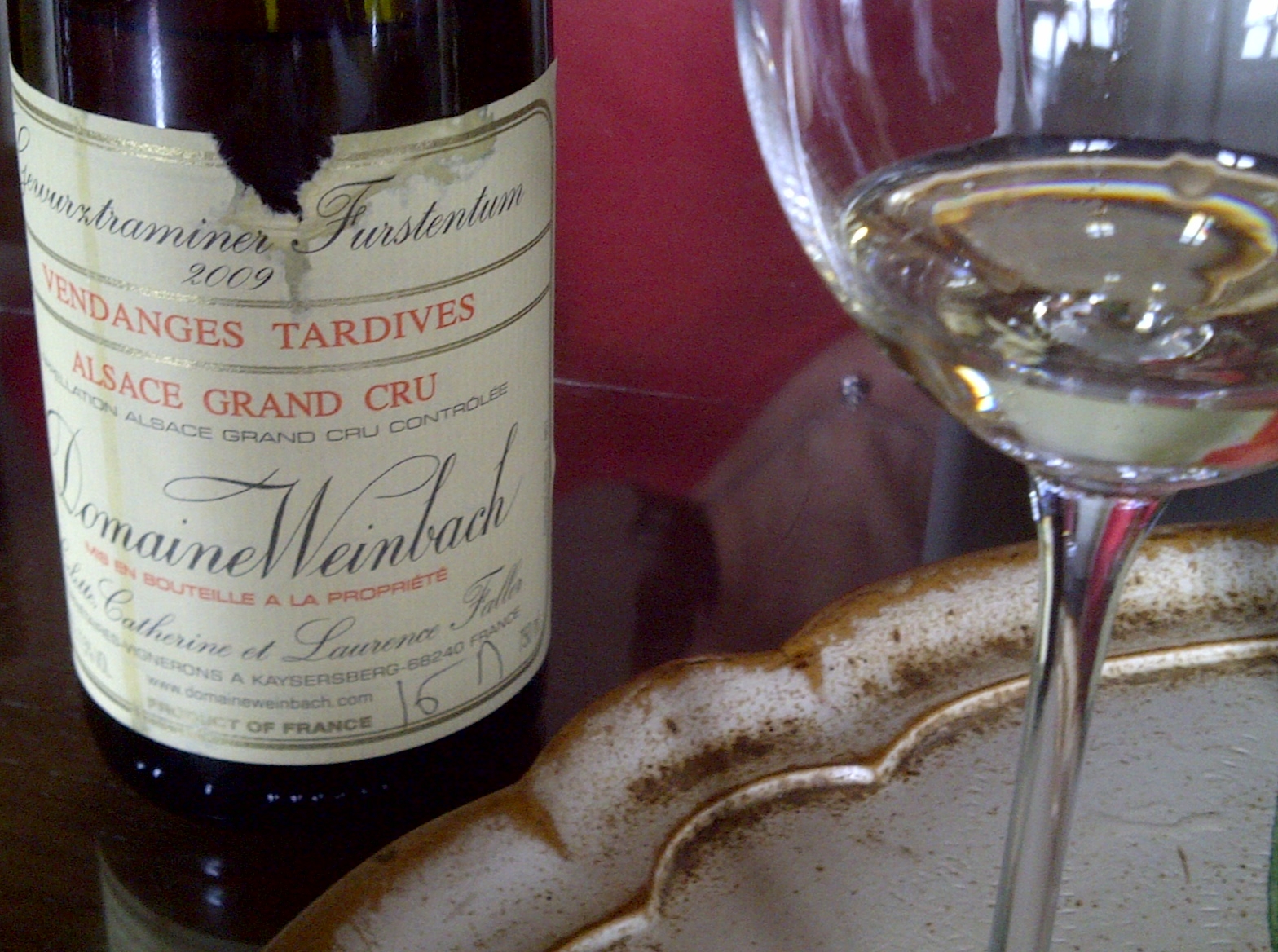 Last week I nipped up north to Alsace from Barolo to touch base with domaines Ostertag, Weinbach, Zind-Humbrecht, Josmeyer, Rolly-Gassmann, Mittnacht, Trimbach, Schlumberger, Hugel and Deiss as I prepared the ground for Berrys’ September offer.

Two issues: terroir, and in particular ‘Crus’, along with the sometimes sticky point of how to communicate the wine’s style (dry through to sweet) seem to be preoccupying the producers. The two would appear to be related: they both influence sales (or the lack of).

The first has arisen, as one of the above pointed out, because of the simple fact that Alsace Grand Crus are not selling out. Everyone knows that when the Alsace Grand Cru system was created in the 1980s it was a botched job that ridiculed the otherwise serious French notion of what a ‘Grand Cru’ meant. Doomed from the start as negociants. Hugel, Trimbach et al. publicly scuppered the process, it played into the hands of the dominant cooperatives who wanted to have their cake and eat it. But then as Severine Schlumberger neatly put it: Alsace effectively missed the ‘train of fame’ (the ‘gravy train’?!) that had already called in at other stations, notably Bordeaux and Burgundy in the early 20th century. Alsace caught a later (delayed) one during the 1960s by which time it was all about supplying the (domestic) market with volume. Today, of the 6000 domaines only 250 bottle their own wine, yet the domestic market has changed & the cooperatives have been slow to adapt to a new, export world where quality is valued over volume. 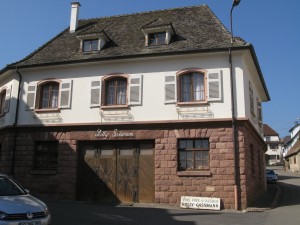 Encouragingly, moves to improve the overall quality of Grand Cru wines are in swing, even if the Syndicates of growers overseeing each of the 51 Crus are slow to change. Yields are now at 55hl/ha or 61hl/ha, down from 66hl. Last year, the President of the GC Association, Olivier Humbrecht MW, persuaded its members to accept a ban on acidification and chaptalisation; this has just been agreed by the AVA (Association des Vins d’Alsace) so now must be presented to the INAO before becoming law. Olivier and others are also considering the legalities and technicalities of producing single vineyard or ‘lieu-dit’ wines, whose yields are currently fixed at 68 hl/ha, with a view to creating a Premier Cru classification.

Winegrower, and ex-President of the Grand Cru Association, Jean-Michel Deiss has been banging the terroir drum for thirty years, championing the superior expression of the single vineyard, lieu-dit or Cru over that of any one grape. His range is thus split between single grape AOC Alsace wines, ‘Premier Cru’ (currently illegal!) and Grand Cru; the Crus being blends of grapes (‘complanted’) that since 2005 do not need to be written on the label. Others haven’t been quite so provocative yet it was great news to hear that two leading negociants, Trimbach and Hugel now plan to release single vineyard Grand Cru wines; with Etienne Hugel putting the change of stance down to the change of generation.

From a buyer’s (and seller’s) perspective I would welcome a shift of emphasis in Alsace from that of the grape back to the vineyard (Cru); especially when one considers that the law promoting single variety wines was only passed in 1975.  Take for example the fine Kitterlé vineyard, owned by Schlumberger and Dirler-Cadé among others. I recall tasting Schlumberger’s Gewurztraminer and the Riesling versions but taking away with me only this image of Kitterlé as a great, minerally-pure vineyard; not whether the Gewurztraminer example was better than the Riesling. Logistically, you could thus argue that  there’s sense to wrap all one’s grapes under the same vineyard bottling (rather than split them up 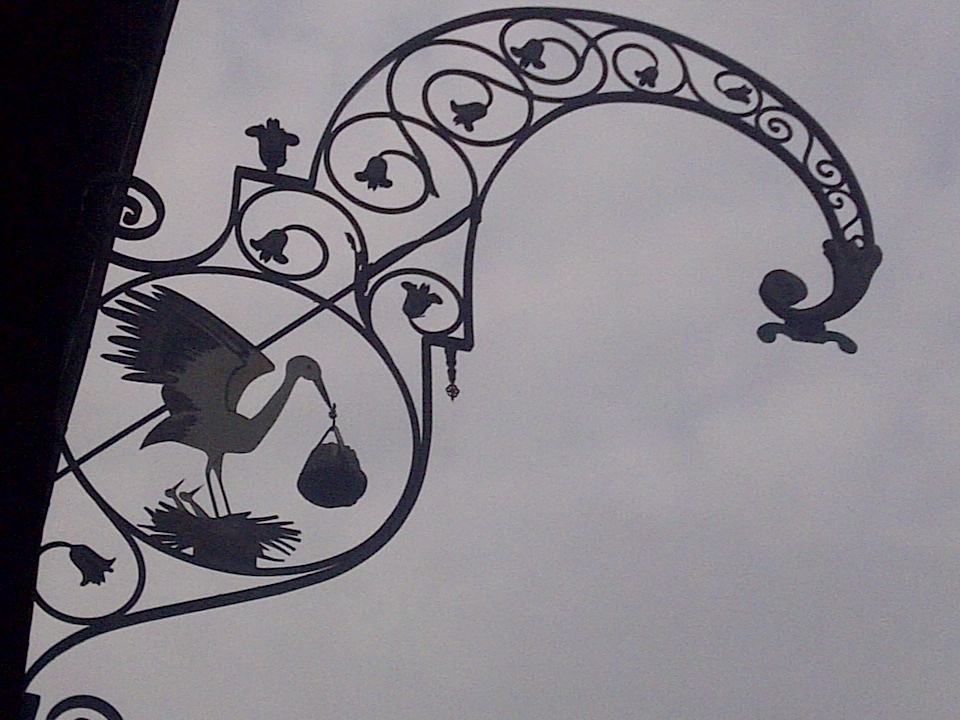 between different single varieties) to ensure you’ve a sufficient quantity to vinify; from a tasting perspective I would welcome fewer wines to sample at each property, focussing more on the vineyard attributes; and for sales, surely having fewer labels to sell, as one emphasizes the vineyard before the grape would make for a more effective offer (and year in, year out too!)? Grape labelled wines, or ‘Vins de Fruits – Vins de l’Instant’ as Deiss (and Ostertag) refer to them, would still have a role where blending is required across different terroirs (for volume and early drinking).

The issue of communicating wine style (dry to sweet) still dogs the region. The promoting body CIVA (Conseil Interprofessional des Vins d’Alsace) favours a 9 point scale while the likes of Zind-Humbrecht and Josmeyer favour 5, taking into consideration the combined effects of residual sugar, alcohol, acidity, and pH on the actual (organoleptic) taste of the wine. Makes sense doesn’t it? But then how does one explain to a customer that a young wine showing ‘moelleux’ on its label will in fact be ‘dry’ come the time to drink it, following your advice to lay it down in the cellar!?

Next week I’ll be reporting the latest news from Austria