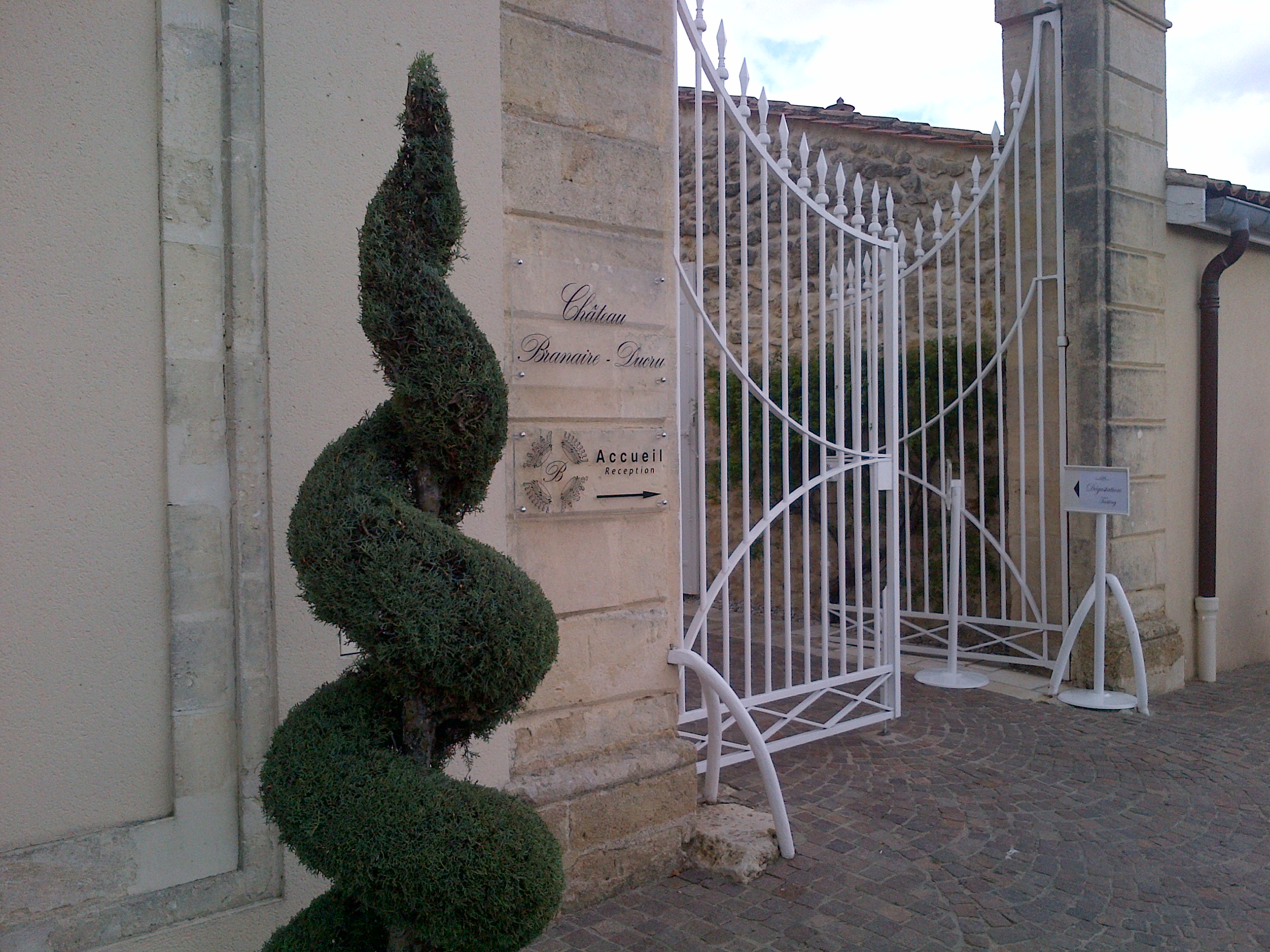 Yesterday evening we had the pleasure of tasting at Ch. Leoville-Las Cases and thoroughly enjoyed the flight of wines in the Domaines Delon stable. Chapelle de Ch. Potensac was fine and fruity upfront and promises to be great value drinking wine, whereas Ch. Potensac was refreshingly fresh. Le Petit Lion and the Grand Vin (excellent concentration and beautiful quality of fruit,  something for the long-term) have both been notable successes this year.

This morning we spent our last day of Bordeaux 2011 En Primeur week with a 9am start at Ch. la Mission Haut-Brion, tasting both the Grand Vin and La Mission itself. We’d spent the journey from Margaux to Graves preparing ourselves for the final First Growth and discussing that there have been three or four wines that we are really impressed with this week – and that rival some of the Firsts in terms of quality. Ch. Haut-Brion’s viticultural history can be traced back further than its Médoc First Growth counterparts and the wine this year was notably fragrant on the nose and suitably fresh. Interestingly, we also felt La Mission’s deep black cherry and cassis aromas were all nicely balanced and the nose particularly charming. It is certainly one to consider. Haut-Brion found that the Cabernet Sauvignon suffered with the heat and drought in spring which necessitated strict selection in the vineyard and the crop was further reduced by the optical sorting machine which removed an extra 5% of the volume. The properties new wine, Quintus, was well thought of too and as the winemakers start to learn about this different terroir just 20% of the yield was included in the first blend.

The penultimate property we took in on our trip was the wonderful Domaine de Chevalier, who are one of the few properties in Graves to produce both reds and whites – even if reds do account for 80% of the production. The 2011 red Grand Vin is simply oustanding, glorious silky tannins, seductive, silky and a razor-like precision. Really seductive, beautiful Claret and without question one of the wines of the week, a feat we would also bestow on the marvellous wines of Ch. Haut-Bailly. Veronique Sanders has managed to create something special again this year, the wines remain true to their hallmark of smooth, silkiness but this example displays a  lovely fragrant nose, generous wealth of fruit, focus, concentration and exceptional tannins too. This 2011 promises to be a wine to rival all the ‘Super Seconds’ and a couple of the First Growths too. La Parde de Haut-Bailly was really singing as well, with an abundance of generous juicy fruit and richness. 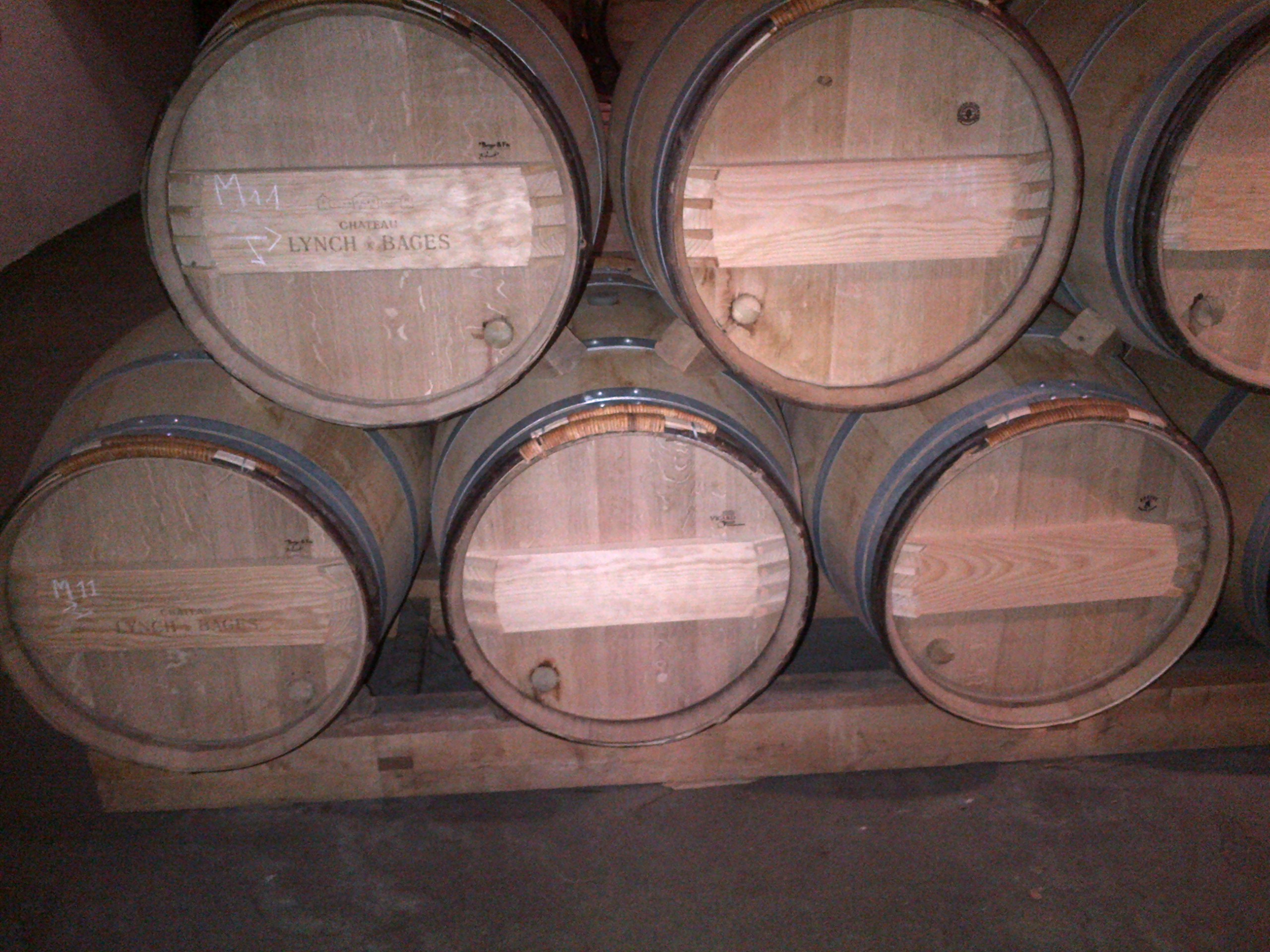 A perennial underachiever, Ch. Smith Haut Lafitte has been transformed in recent times with significant investment in the winery and specialist consultants overhauling practices. The results have been very positive and their 2011 rouge is aromatic with soft tannins and ripe fruit. Their production is down this year to at approximately 100,000 bottles compared to 120,000 last year, which as usual with this vintage is a result of a smaller drop and careful selections. The blanc is generously fresh, backed up by a good weight of fruit.

2011 Bordeaux is not necessarily going to be an easy vintage to comprehend. There are many beautiful wines, but clearly there isn’t the overall level of excellence found in the recent 2009s and 2010s. Those who have taken great care in their grape selection and prudently tended their vines have achieved great success and these are the wines that we would most like to recommend to our customers, with the usual caveat – so long as the price is right. Pleasingly, the feedback we have received from the vignerons suggests the campaign will be customer focussed, quick to get started and fairly priced.

We fly back to the UK this afternoon and we will take time to reflect on the wines we have tasted while the teams who look after our private clients from the UK, Hong Kong and Japan also head to the South West over the next couple of weeks. Once all of the opinions are collected, we will release our vintage report, individual tasting notes and details of which wine we intend to recommend as well as  ‘Best Buy’ categories before the first wines are released.