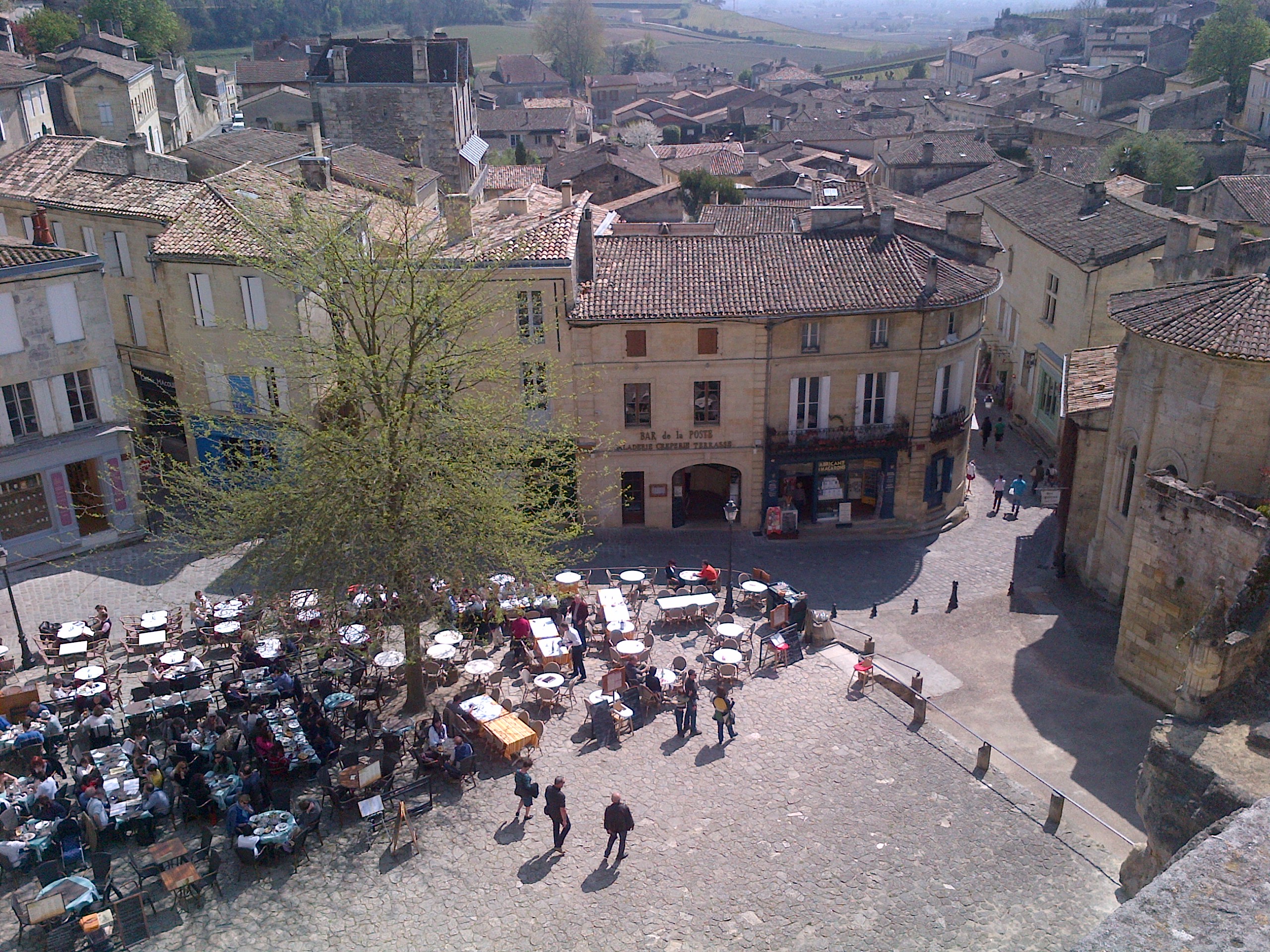 It was beautiful, crisp and sunny as we awoke this morning and the early drive to the Right Bank was really stunning passing through many wonderful vineyards and opulent Château. Following a brief taste of one or two 2009 and 2010s last night, our taste buds were certainly whet and raring to go.

Our first stop of the day was Moueix where Christian Moueix suggested that 2011 was a difficult vintage for growers, with seasons not being reflective of their usual characteristics, spring- like conditions in summer and vice versa, followed by drought and a warm autumn. If he had to compare 2011 to another vintage, 2004 and 2007 would be his choice. We tasted many wines but focussed on  Lafleur-Gazin and La fleur-Petrus. Oak dominates both at the moment, but the wines show early promise where fruit is in concentration.

The wines of Ch. Figeac are often described as the most Médoc-like in St Emilion and their 2011 is outstanding in the context of this vintage. Our Wine Buying Director, Alun Griffiths MW, would drink nothing else if he could afford to do so! Similarly, Ch. Angélus – one of the largest St Emilion estates and one that enjoys a perfect southerly-exposed slope – produced a harmonious and well balanced 2011 with ripe blackberry and cherry aromas to the fore, a satiny texture and good depth of fruit. Our final stop of the morning took us to Ch. Larcis Ducasse, a property which has really started to produce excellent wines during the course of the last 10 years and all of their wines showed early promise. The key message that we were told here appears to be to harvest late and don’t extract too much. 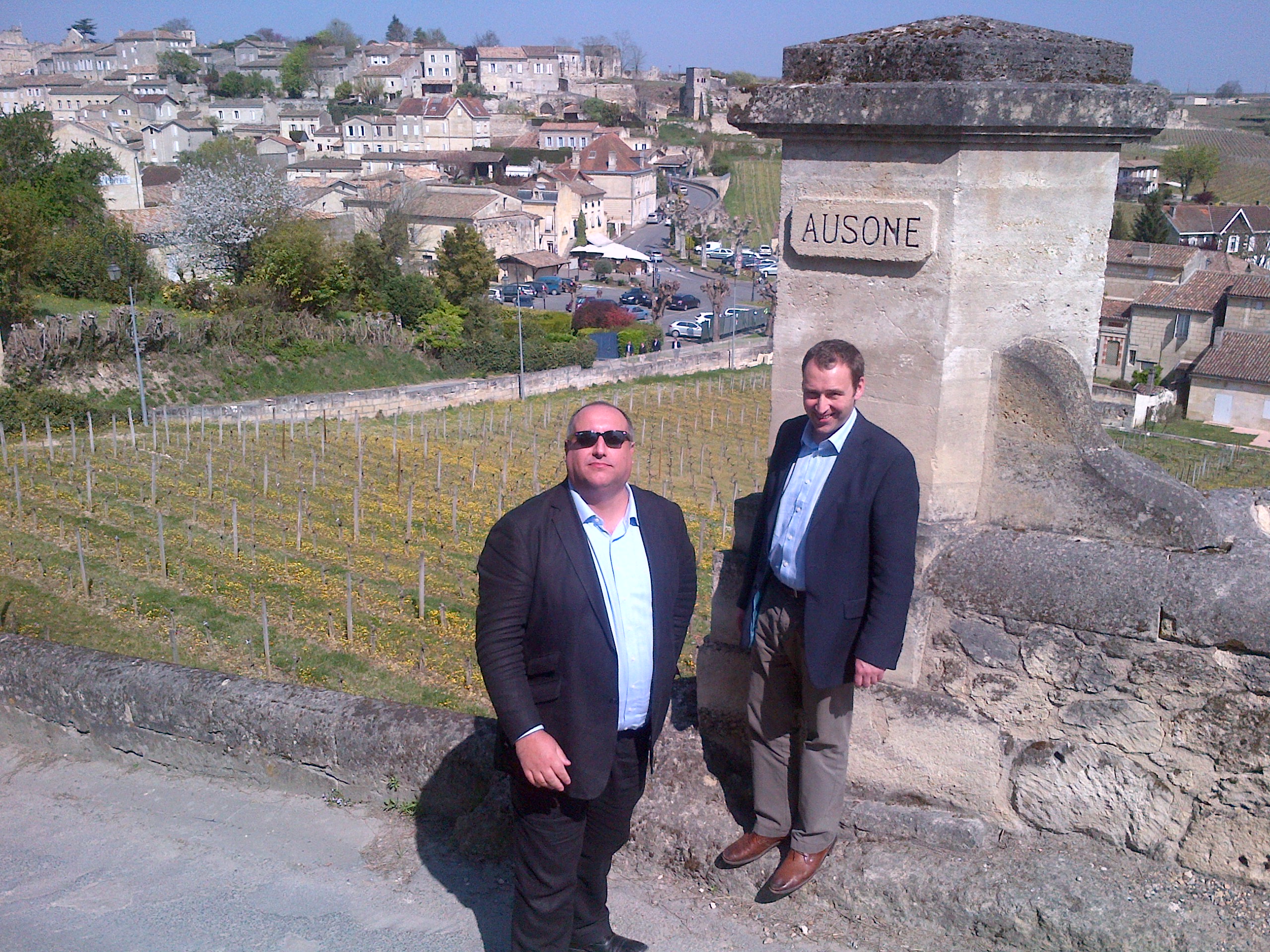 The afternoon took us to a number of historic properties and started at the splendour of Ch. Ausone, which is perched on the hillside in the southern outskirts of the village of St Emilion. The wines were excellent as we expected, but the most interesting comments about the campaign came from Alain Vauthier who expects a quick campaign this year and believes that classified Growths, including the Firsts, will be out within a fortnight! Ch. Cheval Blanc was next and it was really interesting to see the impressive new winery in it’s full glory. The Grand Vin displayed a classically crunchy palate of fruit and again there are signs of promise.

Vieux Château Certan and Ch. La Conseillante, arguably the most famous of Pomerol estates, were sandwiched during the late afternoon. Alexandre Thienpont from VCC suggested that the key to this vintage is discarding the vigorous growth and painstakingly selecting the grapes. VCC is back to 30% Cabernet Franc for 2011 and it was the cooler conditions during the growing season that enabled Alexandre to utilise these wonderful old vines to such an extent this year. It is remarkably fresh and due to the blend being to his liking,  Alexandre thinks his 2011 is even more complex than his 2009 and 2010. Ch. La Conseillante was aged in just 80% new oak this year and it is seamlessly balanced, a wonderful wine and a highlight of the whole day. 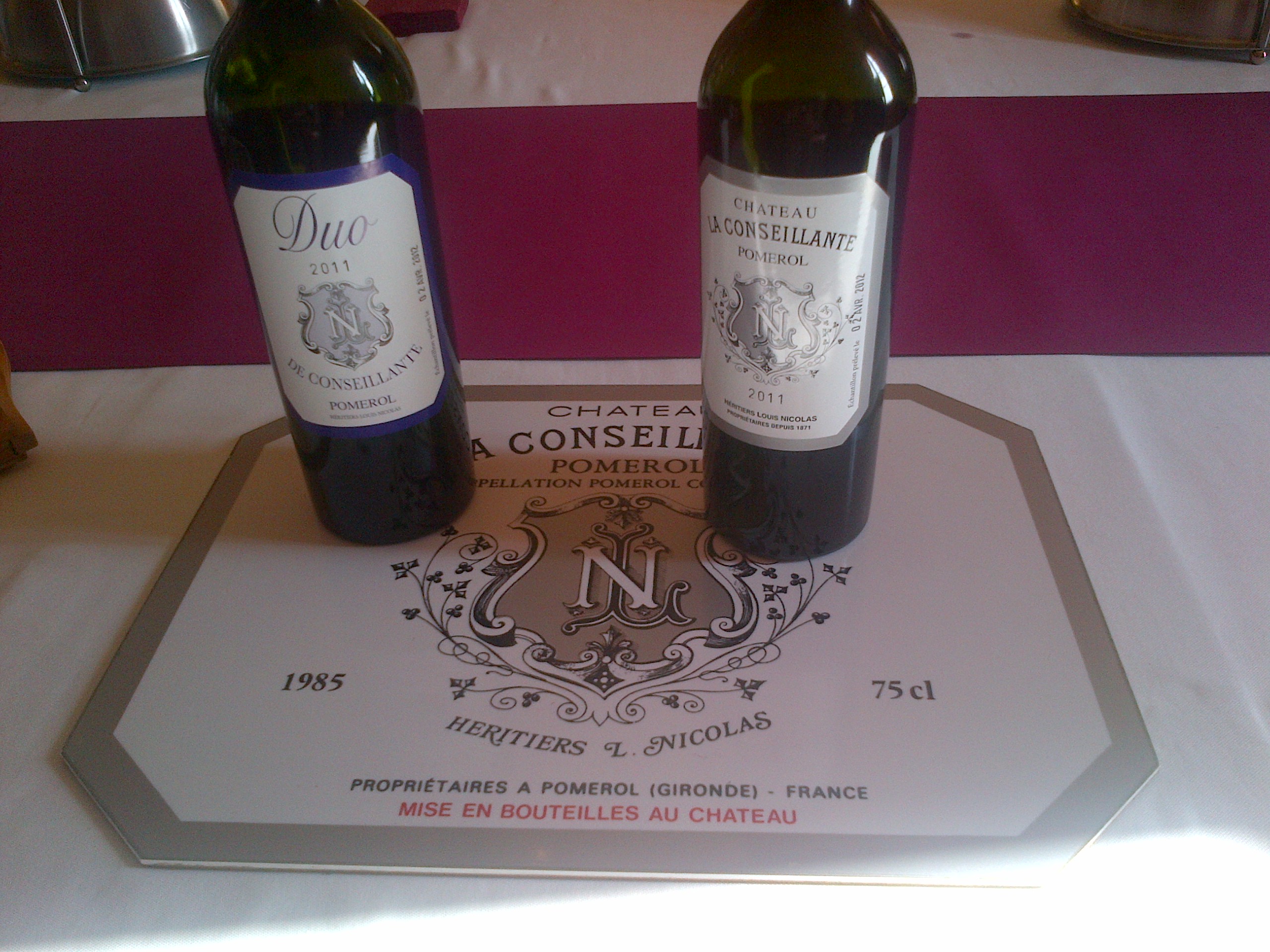 The mysterious Le Pin rounded off our first day and we had the pleasure of tasting in their modest new winery for the first time. It continues to be one of the most expensive and exclusive wines in the world and is named, simply, after a solitary pine tree that shades the property. The south-facing vineyard on a well-drained slope of gravel and sand is planted with Merlot (about 92%), and a small amount of Cabernet Franc. The grapes are hand-harvested and contribute to a total production of just 600 to 700 cases each year (to put that into perspective, Ch. Lafite Rothschild produces approximately 29,000 cases of wine a year and and Ch. Pétrus about 4,000). It is this rarity that is one of the driving forces behind its high prices. This 2011 is the first to be vinified in the new purpose built tanks and it has allowed Le Pin to deliver more refinement and precision, whilst retaining the ‘sexy’ and ‘racy’  characteristics of recent years. As ever with Jacques Thienpont the objective was to produce a wine of sublime elegance though, and this is a result he has admirably succeeded in achieving. Whilst Le Pin wines can often be consumed young, this is without question a wine for the longer-term. 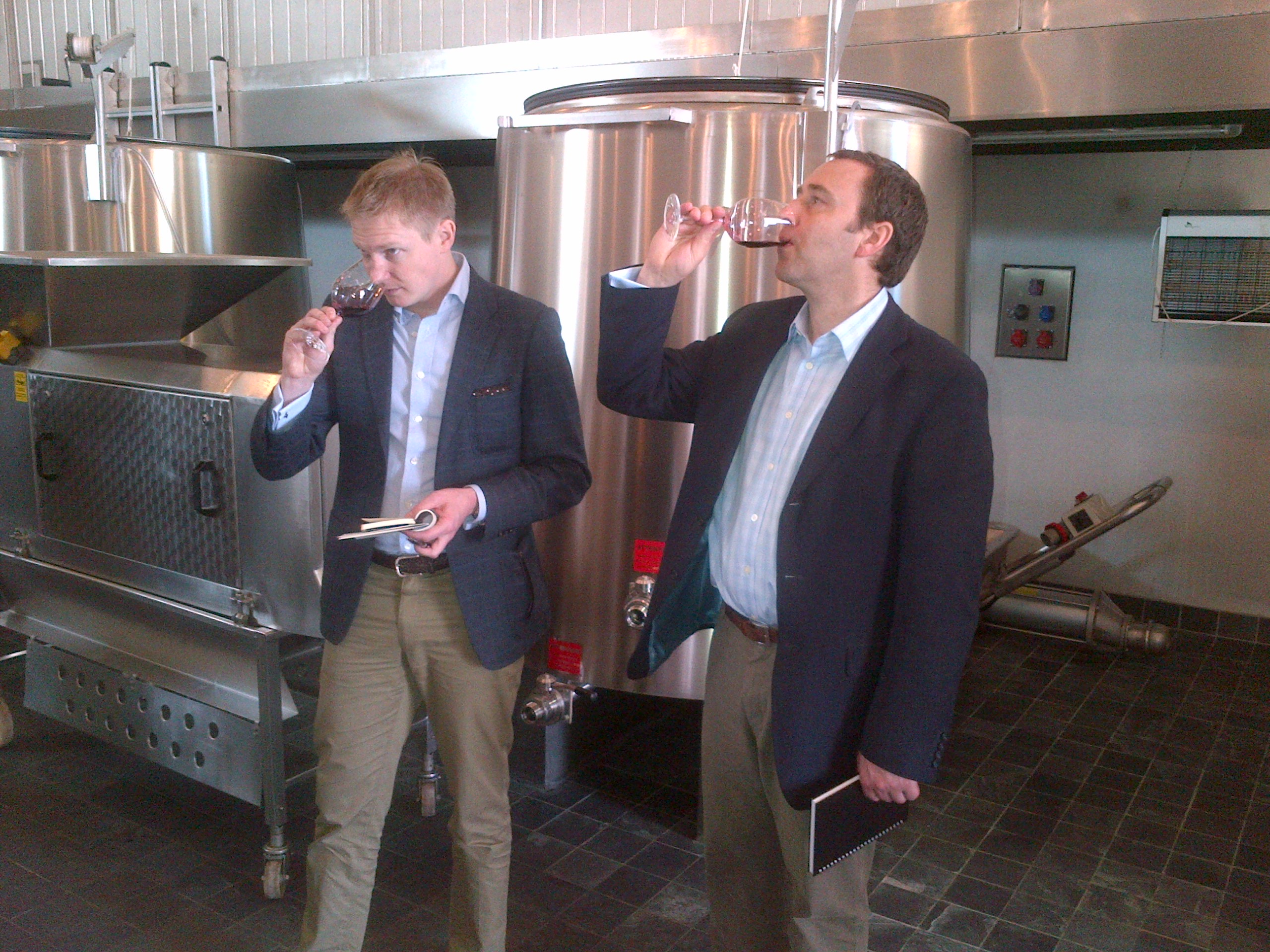 As we round off our first day, it is difficult to draw too many conclusions about the vintage – especially as we have only tasted in Pomerol and St Emilion. However, wines that shone and impressed us the most have been Ch. Figeac and Ch. La Conseillante. Those who had the patience to harvest late appear to have been the most successful.

Keep looking out for our daily blogs and for up-to-the-minute tasting snippets and thoughts from the team, follow Simon Staples, our Fine Wine Director, on Twitter @BigSiTheWineGuy