The 8th March saw Berrys host the UK launch of the great 2002 vintage for Pol Roger at the Cabinet War Rooms in London. Tickets to the event were sadly limited by the venue’s size, but we were joined by 100 of our Cellar Plan customers who were the quickest to reply to our e-mail about the event a few weeks earlier.

The venue had been picked by us and Pol Roger UK, because Churchill was such a fan of Pol Roger’s Champagnes. In 1940, shortly after becoming Prime Minister, Churchill stood in the War Cabinet Room and declared: ‘This is the room from which I will direct the war’. The evening started with a tour of the museum which gives a fascinating insight into the nerve centre of wartime operations from London. The Cabinet War Rooms includes the Churchill Museum, which gives a deeper insight into Churchill’s life and work. 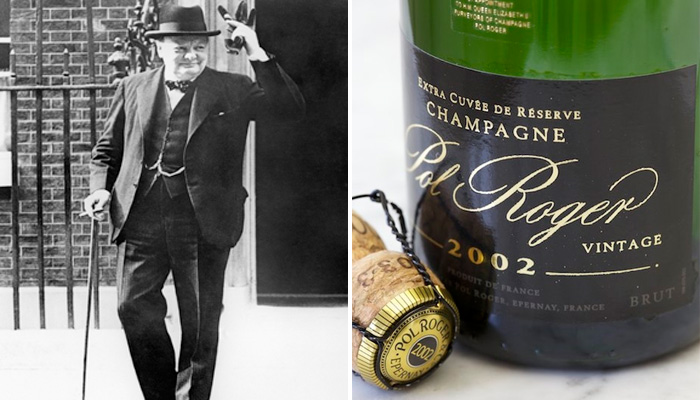 1996 was heralded as the last great vintage before the 2002 and the best bottles were showing great power and depth, along with plenty of maturity. There was a bit of bottle variation however, leading us, and most there, to conclude that this great Champagne’s life is drawing to a close, but when it’s still good, it is very good.

Chronologically, the 1998 came next, but was probably the best of these four. The 1998 is now coming to its own, having been in the shadow of the 1996 for many years. Amazing depth, personality, class and definition were on show from this much more consistent vintage. If you have some of this in your reserves, it is drinking beautifully now, but there is no hurry to drink it up.

The 1999 slipped down very easily, being the most supple and easy drinking of the four vintages, notes of soft fruits and roasted nuts combine with a honeyed finish, this really is showing very well now.

The 2000 is surprisingly forward and powerful, with notes of brioche toast and honey, rounded out with a creamy finish, again, drinking very well now.

Once everyone had had plenty of time to taste these four, it was time for the main event, signalled by a stirring sounding of a genuine 1940’s air-raid siren expertly wielded by Phil Reed OBE, Director of the Museum.  This heralded in suitable and triumphant fashion the serving of the 2002 in the Switch Room!

This was no anti-climax, the 2002 is a magnificent Champagne and undoubtedly wine of the night. To do the wine justice, I will borrow the elegant prose of our eloquent Champagne Buyer, Simon Field MW: “Beyond the impressive colour, the 2002 is, quite naturally, still relatively restrained on the nose, with whispers of gunflint, acacia and orchard fruit evidenced; the palate is magnificently poised, with a nascent honied richness deferential to the power and ripeness of the vintage, but very fine stony acidity holding it together in a tight and adamantine structure. The finish is clean and pure, amazingly refreshing for its age, elegantly tapered and very long. Finely poised and full of potential, this really is a great vintage Champagne which will age extremely well.”

While the 2002 flowed, Patrice Noyelle gave us a fascinating insight into the making of Pol Roger Champagne and the 2002 vintage in particular, rounding off a highly enjoyable evening, leaving us feeling that “this was their finest hour”!