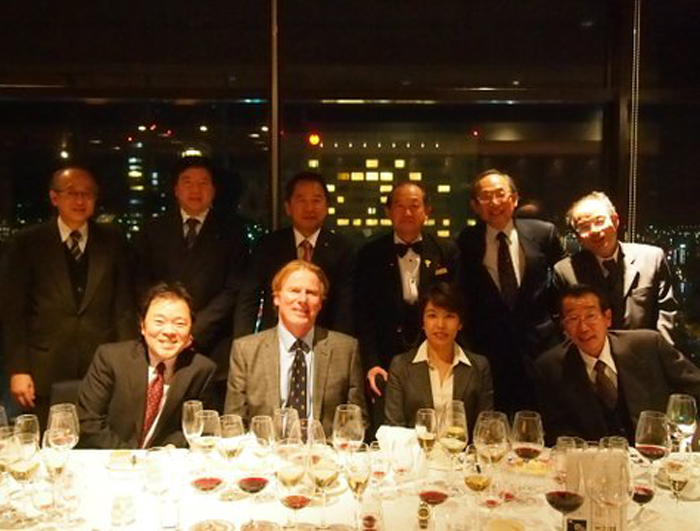 During a happy week in Japan I was able to acclimatise myself for the subsequent freezing conditions back in the UK. I missed the snow which fell in Tokyo while I was enjoying dinners in Hiroshima and Fukuoka, several stops down the bullet train line to the southwest, but the clear, crisp, weather conditions made this beautiful country even more special.

Immediately after landing we met the Japanese translators of Inside Burgundy over a cheerful meal. They have already pretty much done the translating and were full of questions, having ferreted out any inconsistencies in the text with impressive attention to detail. There are also some fascinating insights into language: did you know that in Japanese there are no single words for brother or sister – you have to specify elder brother, younger brother et cetera. So now I have lots of homework checking whether Denis is older than Jean-Pierre and so on.

Food throughout the visit was always very good and often magical – particularly a great sushi meal washed down with Krug Grande Cuvée and Puligny-Montrachet Combettes 2002 from Leflaive. Now at last I have learned that the slivers of ginger are to cleanse the palate between different bites of sushi rather than to act as another condiment. Congratulations also to l’Alliance restaurant for brilliant wine and food pairings over a dinner based around lafon Meursaults and a trio of 2006 Clos de Vougeot.