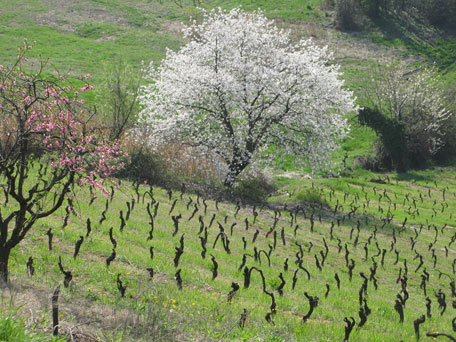 Forty years after having to sell the prized vineyard to her uncle, Ester Rosso (nato Canale) is now once again able to walk among and work the very Nebbiolo vines she played between as a child.

On page 218 in Slow Food’s ‘A Wine Atlas of the Langhe’ (2008 edition) is written: ‘If you ask a resident of Serralunga to name the town’s three finest vineyards, one of the trio is sure to be Vigna Rionda’…It is an historic vineyard. The quality of its grapes has been celebrated for hundreds of years and the greatest names in the Langhe have for many years made special efforts to acquire grapes from Vigna Rionda.’

Indeed such was the slightly undignified scramble of calls from producers and businessmen from across the region eager to buy Tommaso Canale’s two hectares (ex. total 10 ha) of Vigna Rionda when news of his premature death became public. According to the Wine Atlas, ‘Vigna Rionda is known the world over thanks to the Bruno Giacosa winery at Neive. Giacosa’s Barolo Collina Rionda – produced until 1993 – has delighted generations of winelovers’. Bruno Giacosa bought that wine and fruit from one Tommaso Canale.

Tommaso was the only child of Aldo Canale, and first cousin of Ester Rosso (nato Canale). He assumed responsibility for tending the Vigna Rionda plot from his father Aldo in 1998. Aldo had bought the land in 1970 from his niece when Ester and her mother Cristina could no longer afford its upkeep; Ester’s father Amelio (Aldo’s brother) died in 1963 from an illness contracted during his internment in a Nazi concentration camp. It was a time when labour was scarce as Italy’s countryside emptied 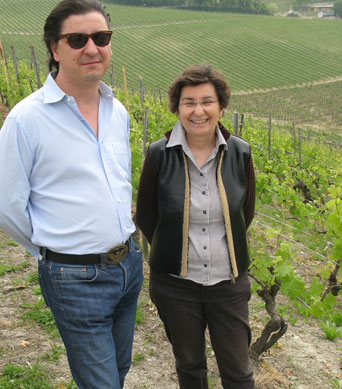 to the city. A very private man Tommaso regularly stopped by at his cousin’s house but never had time to formulate a will; the vineyard was therefore divided between first cousin Ester and other family relatives.

In describing the terroir of this vineyard Italian journalist Alessandro Masnaghetti, creator of the Enogea series of maps outlining the Crus of the Langhe and beyond, states: ‘Though there is no desire to diminish the importance of others crus of this township, Vigna Rionda, in the collective imagination of many wine lovers, has become synonymous with the Barolo of Serralunga d’Alba..’

So now Az. Agr. Giovanni Rosso (see Ester and Davide in the video below and picture above) proudly has Vigna Rionda in its midst, crowning its other Serralunga vineyards La Serra and Cerretta. Davide Rosso, son of Ester and winemaker at the cantina, has the onerous task of restoring the prime old Vigna Rionda vineyard to full health while relishing the prospect of his first vintage, 2011. In the meantime, the cantina Giovanni Rosso will be releasing Tommaso’s four remaining vintages of Barolo Vigna Rionda (or ‘Riunda’, as Tommaso spelt it), starting with 2007 this autumn.

Berry Bros. and Rudd will be showing and selling the wine at its September ‘Anteprima’ Italian tasting in London; as well as to private customers in Hong Kong.