It’s very simple: everyone’s heard of Barolo and Barbaresco but few realise that the grape behind these two wine styles is Nebbiolo. And that when you plant, harvest, vinify and age Nebbiolo grape to be made as ‘Langhe Nebbiolo’ or ‘Nebbiolo d’Alba’ DOC, you’ll quite likely to be treated to a great value, perfumed early drinking style of wine ala village Bourgogne. So impressed have I been by the quality of these styles of Nebbiolo since arriving in 2009 that I conceived a plan to ‘showcase’ them in the months to come… 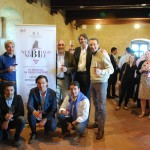 So last week my ‘Nebbiolo nobile’ event wrought open the doors to the Castello di Serralunga d’Alba and hopefully the eyes of the participating journalists and producers to the jewel in their midst. Italy in my mind’s eye does itself a disservice in getting tied up in too many grape varieties and hence loses sight of those of real merit; so often politics impedes pragmatism. Nebbiolo is the black grape of Piedmont; Corvina in the Veneto, Sangiovese Tuscany, Aglianico Campania e Basilicata etc… Just as it’s Cabernet Sauvignon and Merlot for Bordeaux, Pinot Noir in Burgundy and Syrah in the (Northern) Rhône etc…

The problem is that when the authorities came up with the ‘Langhe Nebbiolo DOC’ in 1995 as a type of ‘Rosso di Barolo’, a second wine option for producers of Barbaresco and Barolo, it immediately got hijacked and cloned off to embrace other varieties, such as Langhe Chardonnay, Langhe Arneis etc…immediately compromising its effectiveness and point of difference; they also allowed it to be cut with 15% other varieties, with no minimum ageing. Nebbiolo d’Alba is an older DOC, c. mid ‘70s, created for the northern Roero region, home to lighter sandy calc soils, apricots and Arneis, but often espoused by Langhe producers for stylistic and commercial reasons – as per the Valmaggiore vineyard wines touted by Messrs Sandrone, Giacosa, Brovia…Nebbiolo d’Alba must be 100% Nebbiolo, be aged for 12 months and – wait for it – can be declassified to Langhe Nebbiolo!

By hosting this event I sought to highlight the need for more clarity when communicating this style of wine. While Barolo can be daunting for the uninitiated it shouldn’t take 30 minutes to explain a £15 ‘Nebbiolo’ wine. It should be the first step on the ladder that leads to Barolo/Barbaresco and then to Vigna/Cru wines. Crucially it should allow customers to explore various producers’ styles economically before taking the plunge. 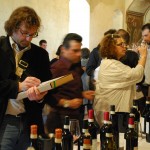 I had selected 50 Langhe Nebbiolo and Nebbiolo d’Alba wines from 48 or so different producers – of which five are stocked by Berrys – wines that I felt demonstrated the ideals associated with Nebbiolo wine: its intrinsic pedigree (nobility), perfume, value and versatile drinkability even in youth (most of the wines were from the 2009 vintage). Qualities that were triumphant during our recent visit to China/Hong Kong, combining perfectly with the Chinese food. There was a notable difference between those ‘Nebbiolo’ wines conceived as such in the vineyard and then vinified through to an early drinking wine & those producers who make it as an afterthought; a Barolo or Barbaresco declassified after a couple of years’ ageing; a wine cut off at the knees to suit the market, yet neither fish nor fowl, early drinking nor built for ageing.

Central to the one day event was a midday Seminario; a Question and Answer session aimed at identifying the wine’s opportunities and weaknesses. Professore Marco Rissone of Alba’s viticultural school Umberto 1 opened the session with an ode to ‘Nebbiolo’, charting its history back to the 1300s, noble origins (‘Nebbiolo’ comes from the Piemontese word for nobility) and its inherent organoleptic superiority.  The President of the Consorzio Pietro Ratti pointed to the relatively small quantities produced of Langhe Nebbiolo (despite the fact that an explosion of plantings of Nebbiolo in formerly inferior sites has led to a doubling of production of Barolo to 12 million bottles per year). English journalist Margaret Rand suggested that one way forward on the UK market might be to mimic Austria’s success in making Gr?ner Veltliner a cult favourite with sommeliers. UK importer Michael Palij asked that we dispense with the histrionics surrounding ‘modern’ or ‘traditional’ producers of Nebbiolo and concentrate on making ‘good’ wine. Fabio Gallo of A.I.S, the Italian Sommelier Association, saw the need in the On-trade for a more versatile style of Nebbiolo, communicated clearly as either Langhe Nebbiolo or Nebbiolo d’Alba or just ‘Nebbiolo’; and that the new vineyard delimitation – highlighting vigna/single cru – provided scope to declassify ‘lesser’ sites to this earlier-drinking style of wine. Finally Davide Rosso, of Serralunga producer Giovanni Rosso, wrapped up the session with a call to promote a true ‘second wine’ of the Langhe and Roero; not that of Barbera or Dolcetto but clearly one made from Nebbiolo. 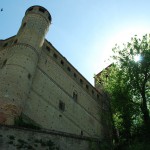 Please see below one of four videos taken during the week. Elisabetta Grasso of Consorzio Turistico Langhe Monferrato Roero talks about why people should visit the region. For the other videos visit my playlist on YouTube. Be sure to sort by newest first.