Right on: fresh and fruity 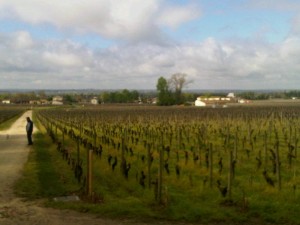 And so day one comes to an end. A day of flitting between Right Bank châteaux and tasting a lot of Merlot. 2010 was a very hot vintage and many areas were affected by drought, so over extraction has been an issue, with alcohol levels very high this year. This concentration has been evident in a few wines we’ve tried, though many of the poorer examples are exceptionally acidic with huge tannins, masking the fruit and making them very difficult to taste.

Those who shine so far are the ones who managed to keep the freshness and elegance alongside the wonderful ripe fruit that such a warm vintage can provide.

Some of the greater wines of the day (eg. Vieux Château Certan, Ch. Moulin St Georges, Ch. Berliquet (below)) have a wonderful minty minerality that is both refreshing and intriguing, providing the best of both worlds. These are the types of wine that Max Lalondrelle spoke about in his review of the St Emilion Rennaisance a few weeks ago and are set to be the future of this beautiful region. 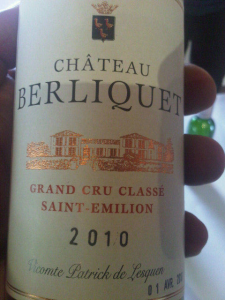 According to many here this has been the year of the Cabernet Franc, which has helped in the battle for freshness, but reports from the Left Bank are also looking good. In the video above Jean Michel Laporte of Ch. la Conseillante in Pomerol talks briefly about the vintage and the challenges that they have managed to overcome (2010 Ch. la Conseillante is one of the better made wines so far).

For up-to-the-minute tasting notes and thoughts from Bordeaux, follow Simon Staples on Twitter @BigSiTheWineGuy and see the wines as they are released on bbr.com/bordeaux