Alto Adige…time to scale those peaks! 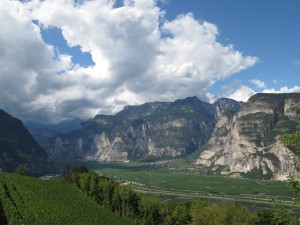 Wine is a product of its environment, and if one had to choose a region to show just that then the Alto Adige, on Italy’s northern border with Austria, would be a prime example. It’s also one of the reasons why I love what I do: drawing on geology, climate, history, oenology, politics, people and markets to help explain the styles and quality of (fine) wines; things I observed last week as I visited a dozen or so (small) producers.

Despite speaking the language and driving the car (Alfa), I felt strangely foreign during my tour of the 5,000 hectare region. It stretches among the Dolomites from Salorno to Bolzano, forking uphill either north-west to Merano or north-east towards Brennero. Wishful thinking possibly but it seems the locals have been slow to digest the news that since WW1 they’ve been Italian, since wrestling it free from Austria. They proudly bear German names, speak German, and even attire as if they’ve just come off the set of ‘The Sound of Music.’ Oh and their roads are packed full of Audis grazing the local produce. To them the region’s called Südtirol. Fair cop given Benito’s decision back in the ‘30s to close the (Italian) border to the world; part of his madcap policy of self-sufficiency. This really got to the Südtirolese, who have until very recently looked north for wisdom and trade. There was even a brief bout of separatism during the ‘60s (when everyone was revolting). Now the Italian public have developed a taste for their wine; so Italy’s OK, if still considered an export market…

Tourism is the big earner, most putting it 70% of the GDP, with every family seemingly owning vines, apple and a 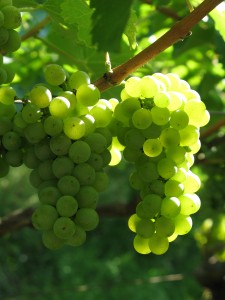 chalet-esque ‘Gasthof’ (Hotel). No surprise then the Cantine Sociale/Cooperatives still dominate the (costly) winemaking landscape; even if their importance has dropped off since two world wars effectively rubbed out a generation of men folk. Yet a gamut of different varieties remain, so spreading the risk. Crucially also, with the world rolling up to their doorstep to buy home-grown produce there’s little incentive to look outside the box/valley. In fact I was struck as to how few (producers) had travelled to other countries producing aromatic whites, notably those of the New World.

One variety, the red Schiava, a puzzling cross of Riesling and Lagrein, once accounted for 80% of Alto Adige’s production, almost exclusively for the German, Austrian and Swiss markets, until the penny dropped that this bulk wine wasn’t quite what was written on the label. The year was 1990. Producers took to the hills, swapping the plain for the terrace, pergola for guyot and demijohn for the 75cl bottle. The new generation (Y) also built new cantine and have begun making modern wines to pay back the loan: spangly whites boasting tropical aromas are in and the Italians love them…even if the Kiwis and South Africans have been turning them out since the ‘70s…

In fact there’s something spookily similar between Alto Adige and New Zealand’s South Island (Nelson/Wairau Valley): both share a fair degree of warmth, humidity, great light, frost, while having a soft spot for orchard fruit and veggies. Wind is a key ingredient in both locations. In Alto Adige, the upper (Merano and Isarco) valleys are refreshed by the northen and drying Föhn wind that apparently blows south till lunchtime, when the ‘Ora’ arrives 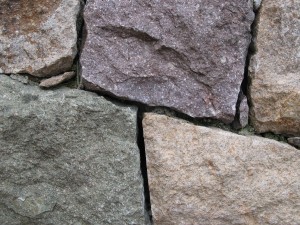 from the south; making Lago Garda a must for windsurfers.
The soils are not dissimilar either: the Alto Adige valley bottom’s lined with alluvial matter while the sides are composed of glacial moraine outwash (boulders and bits). Higher up on the terraces is to be found poorer terrain (for lower yields and higher quality, in theory); in the north this is likely to be schist or gneiss, contributing to (Riesling, Wiessburgunder/Pinot Bianco, Muller Thurgau, Sylvaner and Sauvignon Blanc and Kerner) wines with cleansing minerality (accentuated by no malos) while further south the acidic pink porphyry rock makes for fleshier, higher pH wines as befits Gewürztraminer, Schiava and Lagrein. And yes, everyone’s trying their hand with Pinot Nero (Blauburgunder) with varying success.

So while the Cantina Sociale/Cooperative remains the driving force in the region, setting a consistent if – according one young key winemaker from outside the zone – risk-averse and predictable course in winemaking, over the past decade there’s been a notable rise in artisan producers keen to challenge the stereotype. There’s talk of a return to ‘traditional’ practices such as the using large acacia barrels for vinifying whites, and even rumours of nascent talks to affect a ‘Menzione Geografica’ (specific vineyard zones) system seen in Piedmont to promote quality, authenticity and protect vineyard names. Yet still the region seems to lurch from one fashion to another: Lagrein ten years ago, Gewürztraminer five and now it seems that everybody’s planting Kerner…possibly leading to an eventual surfeit, drop in quality and prices!