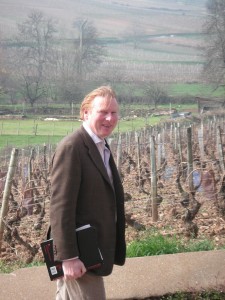 I have just been down to Beaujolais and up to Chablis to check out the 2009s from these regions. The visit to Chablis was particularly reassuring because I had some worries that the sunny conditions of the 2009 vintage might have led to atypical Chablis, fat and sassy chardonnay without the underlying austerity which is the hallmark of the appellation. Not so, there is a lovely freshness alongside the weight of the wines.

The real revelation this year, though, is Beaujolais. It comes at a moment when the world seems keen to see a revival of this once iconic region. There is a renaissance in particular among the ‘crus’, with single vineyard sites coming to the fore. In 2009 almost all the wines seem absolutely lovely, from straight Beaujolais upwards, as long as the producer has not gone over to the dark side of artificial yeasts and thermovinification. There will be some gorgeous wines to drink this summer, and then a wave of more serious bottlings later in the year which could be fascinating if laid away for the medium to long term. I am clearing space for various Morgons and Moulin a Vents to put away in my own cellar.

These wines can age really well. In fact we finished a Beaujolais tasting the other evening, having begun with a series of 2009s and moved on to look at other recent vintages with a quite extraordinary old bottle, dredged up from a dusty corner: a Berry Bros. bottling labelled BEAUJOLAIS St Amour 1964 which turned out to be absolutely glorious, still full of fruit and a real pleasure to drink.