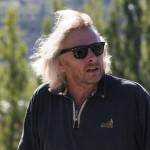 It’s about minus 1 outside, snow well down on the mountains and the vintage, though only about five weeks ended, seems an eternity away. This is a time of year when there is a stark contrast between our vineyards and those of our neighbours who farm conventionally: perhaps more difference now than any other time of year.
For the “conventional” growers (actually, of course, they are anything but: we are the farmers who work most closely to the conventions of the past thousand years of modern viticulture) there is not a lot to do. Nets are being wound onto huge reels (we net for bird protection in most vineyards in Central Otago), and pruning is starting to happen: the damp bare ground looks sullen and unloved.

By comparison, all is action at Felton Road: The rows are being tilled: cover-crops are turned in, new winter or spring crops are being drilled between the vines, our last year’s compost is being worked into the soil and a couple of hundred tonnes of new compost is being made to make to replace it. There is the smell of the earth everywhere: the excitement that the growing season never stops, it simply changes pace and character. Food is getting scarce between the vines for the chickens, but tilling the soil pulls up a good meal of worms and grubs. We have our eyes on a couple of goats up the hill: we’ll need some meat for casseroles soon. Also a time when I start to browse the seed catalogues: what shall we plant in the vege patches for spring? There’s even talk of a couple of Highland steers, which we could pop into the nut orchard, before moving them up to the back-country with the goats. One can’t help but look over the fence and think how boring it would be to do it another way.

Organic growing is a no brainer. Round here it is anyway. You can argue the case as much as you like but the 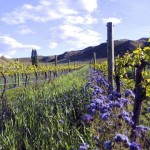 evidence is simple: how many wineries have you heard of who went organic, found they didn’t like it, and switched back? Bio-dynamics is a trickier option to justify, but that is really only because there is a small amount of (high profile, I admit) gobbledigook that gets in the way of the other 95% of pretty uncontroversial practice. It’s always the Harry Potter factor that attracts attention: hanging stag’s bladders full of Yarrow flowers in trees does encourage that, I suppose, but let’s just leave that aside for a while.

I always had something of a problem with the calling card of straight organic farming. It dates from my time working as a creative director within the car industry. So many people were obsessed with Quality Control. QC was the buzzword on everybody’s lips, along with its dumb brother Zero Defects. QC was OK, I suppose, but ZD really got on my nerves.  The problem with ZD (and his big brother did nothing to help) was everybody equated quality with Zero Defects. Get rid of the defects and you had something that was going to have quality. I suspected that, in most cases, if you got rid of the defects all you were left with was perfect rubbish. The formula for QC turned everybody’s attention from the real quest: what are the qualities that make something special, something magical?  Incidentally, that looking the wrong way thing is something I often witness with New World winemakers. You sit in a tasting with a group, going through a few wines… “I don’t believe the VA on that! That’s just shocking” sneers one. One sometimes is left thinking ‘yeah, there’s some VA but it tastes a hell of a lot more interesting than most of your wines’. 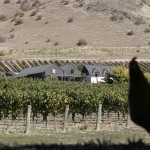 Anyway, I digress, we can play that game another time. Organics headlines with a series of commandments: stone tablets each neatly engraved with “though shalt not…” and then the dreaded words: chemical fertilisers, pesticides, herbicides (note they forgot the one with fungicides on: organics is pretty much impossible without the use of chemical fungicides, so some of them are allowed, but nobody talks about that in polite company).
So war is declared on chemicals. But so little is decreed on how one brings qualities into organic farming. Of course, most good organic farmers know exactly how to do that, they don’t need a set of rules, but the intrinsic negativity, that looking the wrong way thing in the rules, grates my sensibilities.

Steiner, by contrast, (and let us not forget that he predates the entire organic movement) leads with a heady mix of concepts for tapping into the positive qualities one seeks. Yes, a fair amount is pretty wacky (though on closer analysis most is not as wacky as you might initially think) and certainly one may be forgiven for thinking that he either had a very iffy translator or had a few sheep loose in the top paddock at times, but at least the guy had a shot at it.

Anyway, we’ll pick this up later. Out of the snows now and off to Dubai. (I wonder what they think about BD there? If there’s a good story in it I’ll tell you next time).

2 Responses to “Biodynamics at Felton Road”