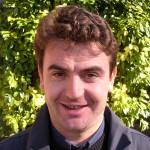 The sad news this month is that Nicolas Potel has parted company from the negociant house which bears his name, owned by the Cottin brothers of Maison Labouré-Roi. Nicolas, son of the late Gérard Potel of Domaine de la Pousse d’Or in Volnay, is one of Burgundy’s most dynamic figures – not just in terms of the wines he has made over the last ten years but also for his absolute passion for his native region, its vineyards and its wines. It is a wonderful treat to hear him talk about one of his new releases while tasting it from the barrel, or to share a beautiful old bottle crafted by his father.

Exactly what this news means for the future is not yet quite clear but it might be worth clarifying the various Potel labels in circulation at present.

Domaine Potel: Nicolas began to operate his own domaine, based in Beaune, from the 2007 vintage. This business is entirely independent of the Cottin brothers and is in no way affected by the latest news.

Séléction Nicolas Potel: covers wines sourced by Nicolas from various old cellars in Burgundy, though he has had no hand in their production.