Champagne; Sent (up) in Dispatches

For Channel Four to devote a whole hour to the Wine Trade, at peak time, is a rare enough event – good news one might think. But wait, do I not recognise the Dispatches correspondent? Is it not The Sun’s fragrant trouble-maker at large, Jane Moore? A putative ignorance of wine is of course essential, so that the questions and observations, seemingly innocent, are able to expose some seemingly rather dubious practices, things such as inconsistencies in ingredient labelling and, in terrifying counterpoint, an exposition of some of these ingredients. Shocking things like tannins, yeasts and, horror of horrors…sugar.

Champagne was a suitably easy target; the sanguine Françoise Peretti from The Champagne Information Bureau did, it has to be said, struggle to justify ‘sur lattes’ trading, trying to defend the indefensible perhaps. Then there were the shots of carefully manicured Champagne vineyards…manicured with what purported to be Parisian rubbish, to expose the rather unusual practice that persisted until fairly recently, whereby the vignerons covered their land with the contents of domestic rubbish bins in a dubious attempt to extract goodness from their residue. 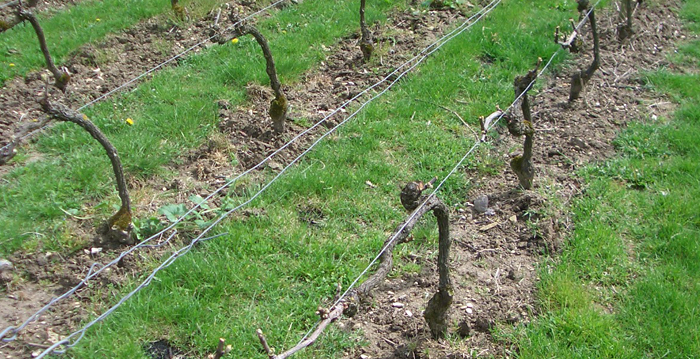 Above: No rubbish at Jacquesson!

And of course endless discussion of the fact that the Champenois use far more pesticides than other French vignerons…ignoring the reality that this is as a result of its relatively northerly location and that it is, as a practice, currently diminishing. As a pièce de resistance, came the revelation that there is sugar…yes sugar…in Champagne. All most astonishing.

For the Champagne producers, wrestling still with the enviable dilemma of not having enough wine to satisfy growing demand, this will all have caused wry amusement more than anything. The only shard of displeasure may have been fired by Jancis Robinson MW, the most respected UK wine critic of them all. Jancis affirmed that only 30% of all Champagne is worth its elevated price…by inference there were 27.3 million bottles of over-priced poor value fizz shipped to the UK last year, and 27 million consumers whose sparkling experience was, is, or is to be not quite as good as it ought to be.

Pol Roger have already issued a statement to the effect that there is no residue, let alone Parisian domestic rubbish, in their vineyards, that they never buy ‘sur lattes’ and that their practices in the vineyard use a minimum of fungicides and pesticides. All very re-assuring but interesting that they feel the need to make this defence.

Above: Pol Roger vines, all free from Parisian rubbish.

This will be especially annoying to an industry, if that’s the correct word, which has done a lot to put its qualitative house in order, and so it should, some may argue, given the large profits generated over the years. There has been, for example, work in the vineyards to improve both the location and the mechanics of the press houses, a more rigorous adoption of ‘viticulture raisonnée’ and even a move, in the name of a carbon foot-print, to reduce the weight of the famously heavy bottles. And those 40 new villages identified to ease the demand problems have only been selected at the end of a rigorous process, and in any event will not be producing viable fruit until 2019.

Champagne, in short, is well regulated and environmentally aware, despite the famously high yields of the vines and a sometimes rather unceremonious rush to the market place, post disgorgement. Programs such as Dispatches, however, tend to inspire in me an almost Pavlovian defence of Champagne’s finer points, of its cultural integrity and of the fundamental quality of its product. But such programs are not without value, in warning, albeit in rather simplistic terms, against commercial cupidity and hubris, both seen by some as inevitable by-products of the privilege and success of the region.

One Response to “Champagne; Sent (up) in Dispatches”